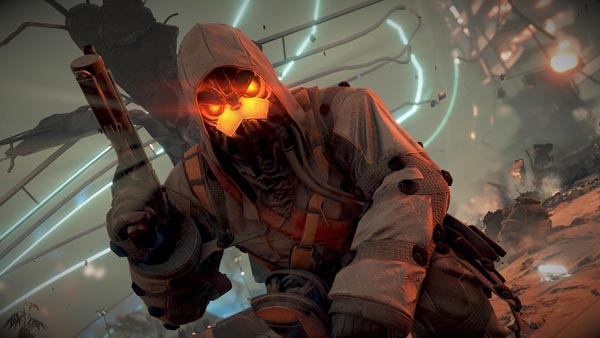 The Sony press conference was impressive more in the sense they announced a $400 console and that they didn’t have any extra DRM garbage on their games. As far as games go, they seemed to have a lot less in the exclusives department as the Xbox One. This is a bit disappointing, because right now the only console I could see myself picking up at some point down the line is the PS4. They also announced they are going to start charging for online multiplayer, which is a bit disappointing to a lot of people. Personally, I have no intention of playing competitive online games on a console, so that doesn’t really matter to me.

Also, of the three games they demoed live: one of them froze a lot before crashing (Assassins Creed), one of them kept hitching (Watch Dogs), and one looked like a last generation game (Destiny).

Anyway, here are the games they showed that I thought were interesting:

Killzone: Shadow Fall
The only exclusive they showed that I sort of care about. I played Killzone 2 and 3, and enjoyed them for what they are: bland shooters as far as mechanics go, but with visually impressive graphics. This one seems to be more of the same. Hopefully they can get a decent cover system in this time. Exclusive to Playstation 4.

inFAMOUS Second Son
The 3rd game in the inFAMOUS series. I have generally heard good things about these, but I have yet to play one of them. I believe I have a copy of the first one on PS3, but I am not sure if I will ever get around to playing it. Anyway, the main character seems super unlikable but the gameplay looks decent. Exclusive to Playstation 4.

Destiny
The new game from Bungie. I am not too interested in this one, but I might as well post it because its.. well.. a game from Bungie that is not Halo. I guess that alone makes it interesting enough. They tried to market this game as a type of MMO, but it looks more like Borderlands to me. It probably has some online persistence to the world, but that hardly qualifies it as a MMO in my book. I mean, by that definition we would have to consider MechAssault 2 for the original Xbox a “MMO”. In my experience, first person shooters with randomized weapons often don’t work well. Same goes to games with random encounters like they show at the end of the trailer. But maybe they can pull it off. This one is available for Xbox One, Playstation 4, Xbox 360, & Playstation 3. PC has yet to be confirmed but seems likely.

Assassin’s Creed 4 Black Flag
Actual gameplay instead of the cinematic trailer shown at the Ubisoft Press Conference. The game itself looked interesting, but performance was uneven before the game crashed outright. This one is for Playstation 4, Xbox One, and PC.

Watch Dogs
This is one of the new games I am the most interested in. Again, actual gameplay this time instead of the trailer shown at the Ubisoft conference. The game itself looks great, but like the Assassin’s Creed demo, performance seems pretty uneven. For Xbox One, Playstation 4, Wii U, and PC.

Kingdom Hearts III
The Kingdom Hearts game everyone is losing their minds over for some reason. I must have outgrown these characters though, since I have no real affection for Disney. Still, I am sure some of you care so here is the trailer. For Xbox One and Playstation 4.