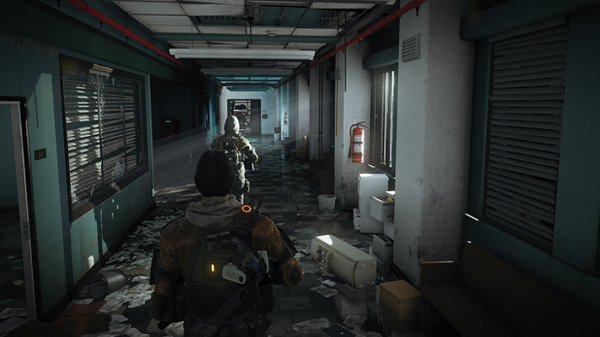 The Division
The Division is an online, open-world RPG being developed by Ubisoft Massive (formerly Massive Entertainment) for the Xbox 360 and Playstation 4 (and presumably PC). The setting is New York, in a world three weeks deep into a global pandemic which began on Black Friday. Players take on the role of “The Division,” a group of “self-supported tactical agents.”

Splinter Cell Blacklist
One of the most interesting asymmetrical multiplayer games, Spies vs. Mercs, is back. I forgot how much I loved the multiplayer in the old games until I watched this trailer. Oh, there is also some single player or something in this game. Whatever. I will see you online. For Xbox One, Playstation 4, Wii U, and PC.

The Crew
An interesting new racing game that looks like a mix of Burnout Paradise with a “MMO”. For Xbox One, Playstation 4, and PC.

Watch Dogs
An open world action-adventure stealth video game developed by Ubisoft Montreal. Watch Dogs centers on the player’s ability to hack into various electronic systems, either to obtain and control information or to destroy those devices. For Xbox One, Playstation 4, Wii U, and PC

Assassin’s Creed 4 Black Flag
Somehow the 4th game in a series that contains 6 primary games. This time around the game has pirates. So its different and stuff. Honestly, this is a series that I initially enjoyed and tried to follow but they just come out way to fast for me to catch up, and I am not interested in them enough to play it over other games I have. I am still back on Assassin’s Creed: Brotherhood. I suppose one day I will get around to Black Flag. For Xbox One, Playstation 4, Wii U, and PC.