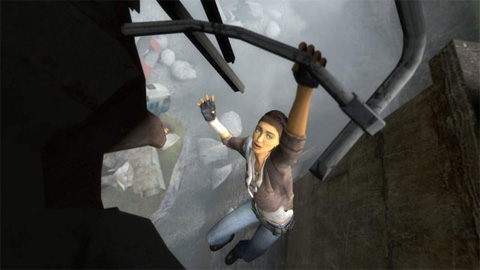 I know it is somewhat old news, but there are a few things that I wanted to discuss about how Valve is running things lately.

First off, we have finally been given a release date for Half-Life 2: Episode 2. It is now set to come out on October 9, 2007 for all platforms. What was once planned to come out 6 months or so after Episode 1 (which was released in May of 2006), has now ended up slipping almost an entire year. Which brings me to the first thing I want to discuss: What are your thoughts on episodic content?

Back when the idea was first announced, I was all for it. Who wouldn’t want to have new episode sized action packed game content released every 6 months or so instead of waiting years for a full sequel, especially when its for a game as awesome as Half-Life 2. I thought it was an excellent idea, but here we are, over a year after the release of Episode 1 and we still don’t have Episode 2 in our hands. So really, has “Episodic Content” amounted to anything more then just “Expansion Pack”? I don’t think so, and that is pretty unfortunate. But then again, I guess I was a fool for expecting Valve to release anything on time.

The second thing I wanted to talk about was the recent cut of the Black Box retail package. Originally, they planned to have two packages: the Black Box which would have just the new content (Episode 2, Portal, and Team Fortress 2), and The Orange Box which would include the old content as well (Half-Life 2 and Episode 1). Now there is no denying that the Orange Box is a good deal for those who don’t already have the previous content, but I already have it. So now I am forced to pay extra for copies of two games that I already own and played to death. That’s pretty stupid if you ask me. Why would you want to remove the choice for retail shoppers and leave them with only the expensive package? I guess I could always buy the stuff from Steam, but if I ever forget my account information (such as one of my friends recently did), I will be completely screwed. I will probably end up paying the extra amount at retail, but I won’t be happy about it.