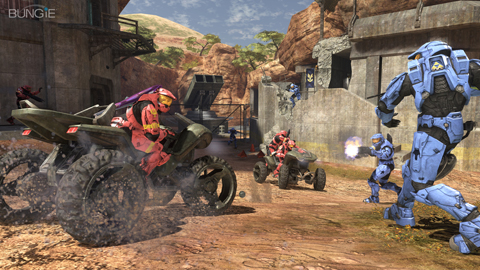 So, I decided to finally put the VIVO functionality of my 7800GT to use and actually record something. The first thing I recoded was an entire round of VIP on Snowbound. I personally have not seen any videos of VIP, so hopefully you will find it interesting.

The second clip I recorded is the first round of 1 Flag CTF on High Ground. After the first round, two of my teammates encountered a bug that prevented them from playing, so we shortly quit after. This actually happened three times on the same map that night, so hopefully that issue will be resolved.