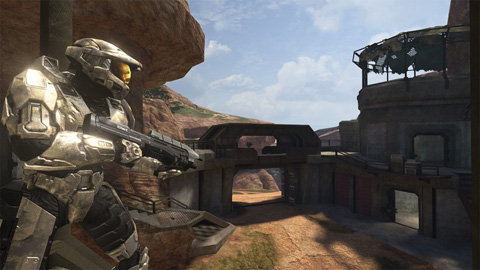 Maybe you’ve heard of him, maybe you haven’t… but around Microsoft, Mr. Jukes has established a name for himself as a tireless, hardcore and fanatical player of Halo who isn’t too shabby in the video production department either.

Over the last few months, Jukes’ logged an incredible (bordering on inhuman) amount of games through the internal Alpha and Beta tests for Halo 3 and he was just as involved in the first ever Halo 2 online tests as well. In addition to playing the games, Mr. Jukes also became known for his entertaining videos – most of which focused on jumping. Yes, jumping. It doesn’t sound like much but some of the jumps and tricks he pulls in the games had to be seen to be believed.

Before you check out Mr. Jukes’ Halo 3 video debut, please keep in mind that this video was produced using the internal beta version of Halo 3. This means it’s a bit older than what the rest of the world will start playing in the next few days. It also means that it has all sorts of debug text all over it – this won’t be in the version you get your hands on. And, this was fully sanctioned and approved by Bungie – unlike some of those other “leaked” videos that have ended up online.

A high quality version of the video can be downloaded here.