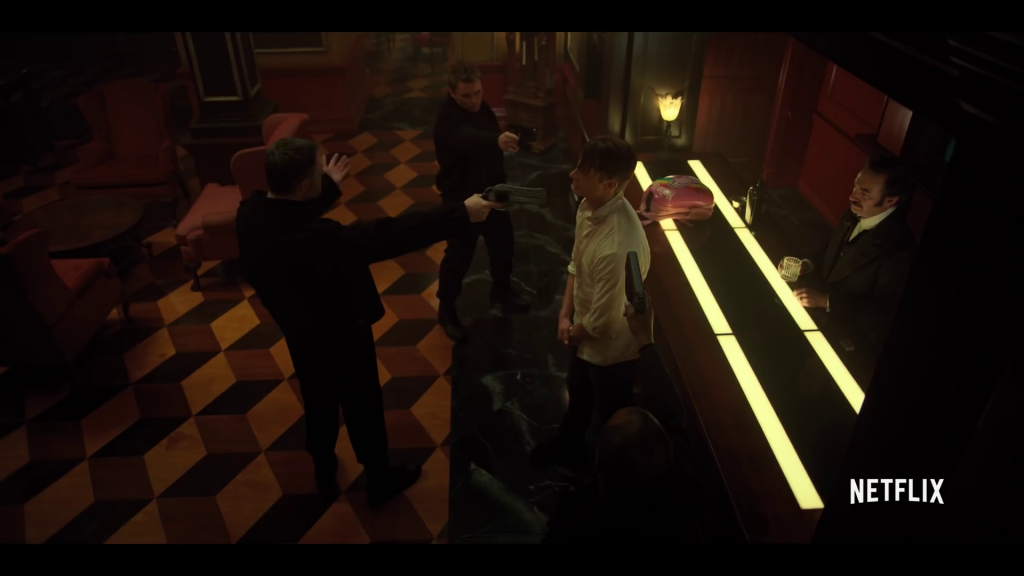 Based off of Richard K. Morgan’s novel by the same name, Altered Carbon is set three centuries in the future, where people can transfer their consciousness from one body to another — if they can afford it. The trailer likens it to a person shedding their skin like a snake, allowing them to potentially live forever. Takeshi Kovacs (played by both Joel Kinnaman and Will Yun Lee) is a body-hopping soldier called an Envoy who is killed on a distant planet, but wakes up again 250 years later on Earth. He’s been resurrected by a wealthy man named Laurens Bancroft (James Purefoy) to investigate Bancroft’s own death.
– The Verge

You can view the previous announcement trailer here. If you enjoy to read, the book gets a solid recommendation from me.