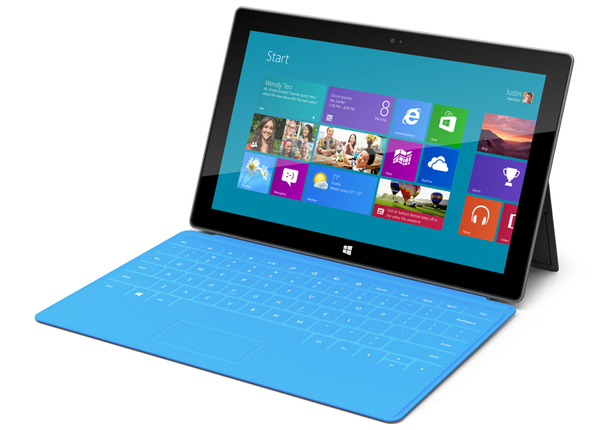 Microsoft showed off their surface tablet PC yesterday, and it has everyone talking. I have never really been a fan of tablets in general because they feel limited to me, but this is pretty different. It is basically a Windows PC in a tablet form factor, so it runs all of your normal Windows apps. It also has all of the connectivity people have come to expect with a laptop, such as USB, HDMI, and Display Port. It also has one of the most ingeniously designed “cases” of any tablet with a built in kickstand and a detachable cover that doubles as a full multi-touch keyboard and touchpad. There are two versions of the tablet, one that runs on an Nvidia ARM processor, and one that runs on an Intel i5 processor. The i5 version of the table is called the Surface Pro, and I could see it replacing my laptop easily.

Check out the video below to view the full announcement and demonstration Microsoft gave yesterday. If you want to skip to the good stuff, Surface makes its appearance at around the 9 minute and 30 second mark. If it lives up to the presentation, it might just be better then the iPad.