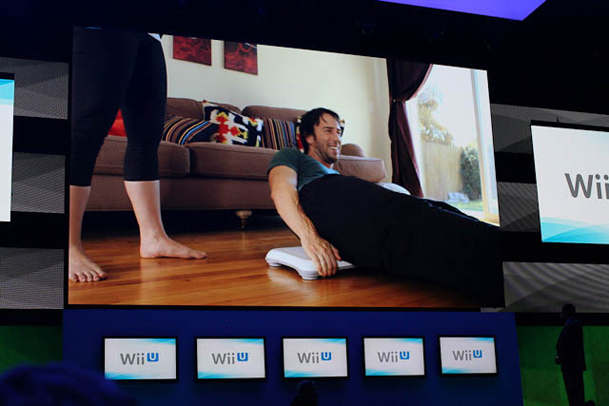 Highlights include… well nothing really. Maybe Lego City Undercover? Otherwise it was just tacked on touch screen controls in games like Batman Arkham City & ZombiU, a demo reel for upcoming games including software already out on other platforms such as Mass Effect 3 and Ninja Gaiden, and more boring Nintendo novelties like Wii Fit 2. Its basically more of the same non-core stuff that made me not care at all about the Wii in the first place. Only the hardware is now good enough to run current generation console games and has a touch screen on the controller so you can play Scribblenauts.

Of course there were also new Mario and Pikmin games. I guess that’s a positive if you are not sick to death of side scrolling Mario games after nearly 30 years. No Zelda or Metroid games.

So Nintendo has finally caught up with 8 year old hardware just in time to get stomped out again next year when new consoles come out. The sad thing is I have no doubt this will work out well for them. I expect strong sales.