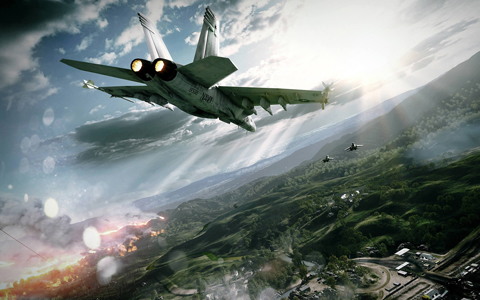 While Operation Metro is the only “official” map available in the Battlefield 3 beta, there are a few servers running the 64-player Caspian Border map. Yes, that’s the one from the trailer, complete with jets and tanks. Unfortunately, all of the servers are password-protected with constantly changing passwords. I was able to jump on to one of the servers for a few rounds. It is a bit difficult to play and record at the same time due to the low framerate, but I still managed to record some decent footage. Hopefully they will open this map up for everyone soon. While Operation Metro is fun, it lacks the scale and vehicles that really define a Battlefield map.