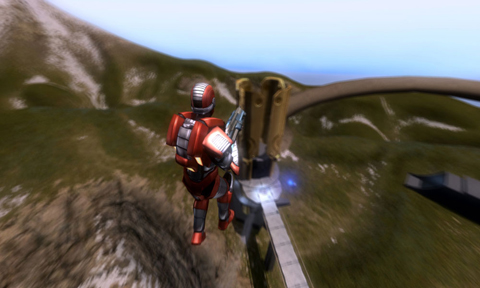 The team behind Tribal Wars, the tribes-based Enemy Territory: Quake Wars mod, has released the very first bit of footage. The game is still in alpha, but it looks fantastic. The Quake Wars team always said that their game and engine would work really well for a Tribes game, and it looks like that was absolutely true. The environments are huge, and the skiing physics look perfect. For a game in such an early state, it looks like it is already a lot of fun. I will be following the development of this mod very closely.