Melodic and warm breakbeat for your listening pleasure. I update the playlist from time to time, so if you like the selection check back every once in a while.

First up is the trailer for the movie adaptation of Ernest Cline’s Ready Player One. I read the book a while ago and thoroughly enjoyed it. According to Cline:

“I’d say the film is very faithful to the book, but also an original story. There will always be something new with Steven [Spielberg]. The book has a lot of puzzles and keys that the characters have to figure out, and Steven has introduced new puzzles and keys so that the people who read the book will still not know how it’s going to work out. It’s a marvelous story with twists and turns and many thrilling moments.”

Next up is the trailer for season two of the Netflix Original Stranger Things. Holy crap this looks great!

So I found out today that this is coming back to theaters with a 4k remaster. Uh… yes please! Tickets purchased.

Orbital is back! I really missed their sound. Hopefully a new album or EP comes out of this.

Ghost in the Shell Official Trailer 1 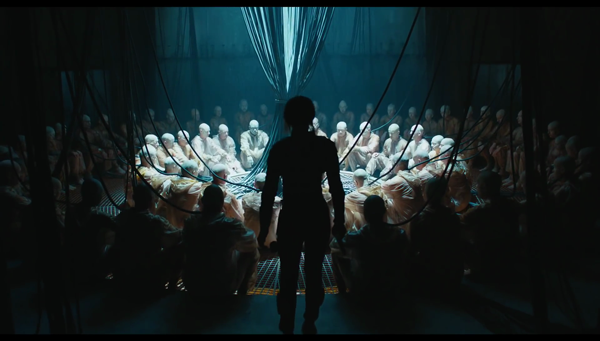 The first full trailer for the live action Ghost in the Shell Movie is out, and it looks pretty good. I am not sure how faithful they are going to be to the source material, but they certainly nailed the visuals.

The Ghost in the Shell universe is pretty large, which can make getting into it a bit intimidating for newcomers. Here is a video to help you make sense of the franchise. If you are looking for a simple recommendation on how to get started, I would suggest first viewing the original 1995 movie as an introduction, then moving into the 2002 TV series Stand Alone Complex. Both are separate though, and could be viewed in the opposite order.