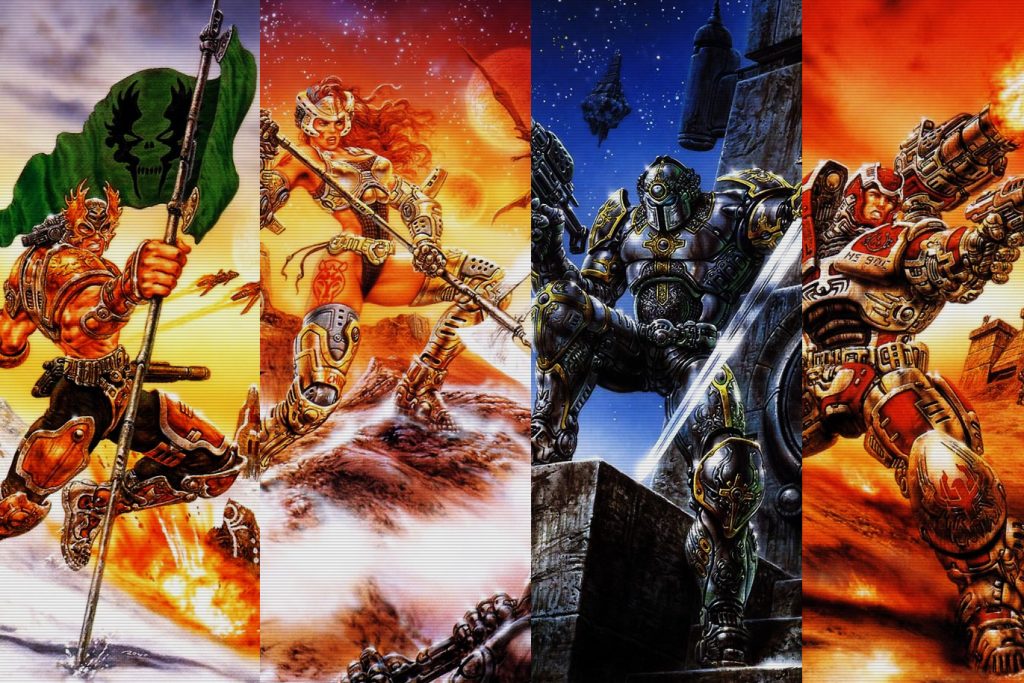 Starsiege: Tribes quietly turned 20 years old back in November. It seems a lot of people don’t really remember the game or the major impact it had on multiplayer shooter designs, but Ben Lindbergh over at The Ringer wrote an excellent article about it. It is all part of their series highlighting some legendary games from 1998 including Half-Life, Metal Gear Solid, and Ocarina of Time. They are calling 1998 the “best year ever for video games”, and I maybe have to agree with them. The only other year that comes close in terms of big influential releases in my opinion is 2004. Anyway, the article is a great look back on the game and its influence. From the article:

At E3 in Atlanta in the spring of 1998, a newly announced game named Starsiege: Tribes took aim at the whole history of first-person shooters, a burgeoning genre whose hallmarks had crystallized quickly.

In front of a large convention crowd, lead designer Scott Youngblood led a live demo that introduced the PC title to the public. “It started off running around an interior that looked just as good as Quake,” he recalls. “And then [I] go out to the exterior and they see this huge terrain, and then [I] just jump off and then jet-pack to the ground. Like, ‘Holy crap.’ They’ve never seen anything like that.”

“It blew people’s minds,” remembers lead software engineer Mark Frohnmayer. “He was running around like, ‘Oh, yeah, first-person shooter,’ and then all of a sudden rounds the corner and there is this huge terrain in the distance and he runs out there with a jet pack on. Like, ‘What the fuck.’”

In the era of Destiny, Battlefield, Far Cry, and Fortnite, it’s difficult to grasp how limitless Starsiege: Tribes would have looked to the E3 audience only a year after Quake — Id Software’s gloomy, Gothic, muddy-looking successor to Doom — became widely available on Windows. “Now it would be totally normal,” Frohnmayer says. “But back then it was the first time that you really had a high-fidelity interior environment and a high-fidelity terrain environment, and they blended seamlessly.” In a preview posted after E3, Gamespot raved that Tribes “renders scenes with sharp backdrops for miles” and, with appropriate awe, reported, “Instead of waiting … to load a massive outdoor map, the game just moves along without pause.”

Ask developers and players alike to reminisce about Starsiege: Tribes, which turned 20 on November 30, and those three words — “the first time” — form a frequent refrain. Much of Starsiege: Tribes seemed so far in advance of its own time that two decades later, it’s still similar in concept to contemporary titles.

Tribes didn’t just anticipate later trends. It also played an important part in popularizing them. By earning critical kudos, cultivating an active online community that persists today, and demonstrating that the previously undone was doable, Tribes influenced future developers even without being a massive seller. Before such features were standard fare for first-person shooters, it boasted a sophisticated character class system; an emphasis on teamwork, coordination, and team objectives rather than gleeful fragging alone; player-controlled single-person and team-oriented vehicles; a major publisher green-lighting a multiplayer-only release; and ingenious network code that supported an unprecedented number of players amid massive indoor-outdoor environments, in an era when most players were still stuck with dial-up connections. And, maybe most memorably, it offered a degree of verticality and freedom of movement that’s rarely been replicated.

You can read the full article here