The Sad State of Current Consoles 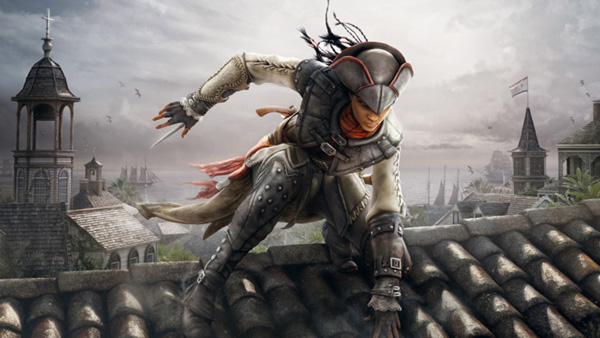 Things are not looking particularly good for the longevity of the current generation consoles. A couple of recent news stories have shown just how underpowered these consoles really are.

First up was an interview over at IGN with Ted Price from Insomniac Games where he talks about how their upcoming game, Sunset Overdrive, is already pushing the Xbox One’s hardware to the limit, resulting in 900p (1600×900) resolution at 30 frames per second. According to Ted, “This is a game with a lot on the screen and we made the choice to be at [900p] because we wanted to push the level of detail, action, the size of the city”. It seems that with the Xbox One you have to make a choice between either complex next-gen gameplay or 1080p visuals. With the Xbox One already having problems like this, it is likely it will continue to struggle to hit 1080p resolutions for the rest of its life. The PS4 has an advantage here with its 1.5x more powerful GPU, but its not all roses for Sony’s new console either.


Earlier this week there was a big uproar when Vincent Pontbriand from Ubisoft mentioned that Assassin’s Creed Unity was locked at 900p and 30 frames per second, much like Sunset Overdrive. Specifically, he said “We decided to lock [both versions] at the same specs to avoid all the debates and stuff.” Many people read this as the PS4 version was being hobbled to be on par with the Xbox One version of the game. However, it turns out that is not actually the case.

When speaking to Video Gamer, Pontbriant explained that the performance bottleneck is actually the CPU and not the GPU. This is due to a large amount of AI computation required for the game. Since the PS4 and the Xbox One have essentially the same slow AMD Jaguar processor they are both to blame for AC: Unity’s poor performance.

It looks like this is going to be a recurring issue for game developers working with this generation of consoles. Meanwhile, I will just be sitting here with my PC laughing while I run all my games at 60+ frames per second and 1080p+ resolutions. Now is a great time to jump on the PC gaming bandwagon, especially with the “tremendous, earth shattering value from a price/performance perspective” for both the $330 GeForce GTX 970 and $550 GeForce GTX 980.