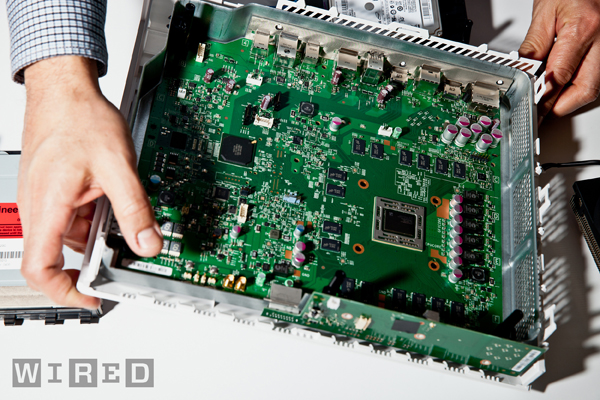 The folks over at Digital Foundry set up a neat little experiment to try to get an early idea of how the PS4 and Xbox One will perform relative to each other. If you have been following the gaming console news, you probably already know that the new consoles from Microsoft and Sony are pretty identical. Both have an eight-core AMD Jaguar-based CPU that runs at 1.6GHz. They also both have 8GB of RAM. There are some differences in the memory architecture, but at launch it probably won’t really come into play much. Of course a few years developers will start taking advantages of the different memory idiosyncrasies, it is likely that the PS4 will have the edge due to its unified memory architecture and its DDR5 memory. However in the near future, I don’t believe it is going to matter much. For now, lets consider the PS4 and Xbox One equal in the CPU and memory departments. That being said, there is certainly a winner when it comes to the GPUs. The PS4’s AMD GPU has a 50% higher peak performance than the AMD GPU in the Xbox One.

Since these new consoles are basically lower end PCs anyway, Digital Foundry decided to gather up the two most comparable AMD graphics cards (keeping a 50% performance difference), sick them into the same PC, and see what the results looked like. The actual framerates are not representative of what the consoles will get since a i7-3770K and 16GB of ram were used, but you can look at the difference between the two results and start to come up with an idea of how much the 50% higher peak performance actually matters.

Digital Foundary ran a number of benchmarks and recorded the results that they got back.They determined that the PS4 was between 17% to 33% faster then the Xbox One. That is a genuinely noticeable amount when we are talking about console games that are likely targeting 30 frames per second in the first place. Its not a 50% faster result, but I would argue that it certainly does matter.

If you are interested in more details into their testing methodology and results, check out the article on the Eurogamer.