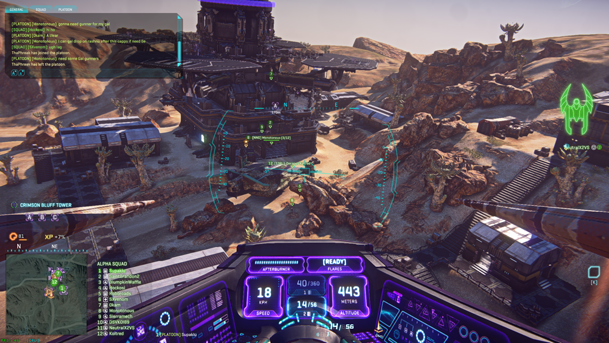 I have been playing a lot of PlanetSide 2 lately, and went online to look up some weapon reviews to see what guns and upgrades I wanted to start unlocking. In the process of looking for those videos, I ran into this series called PlanetSide 2 War Correspondent. It is actually a pretty cool idea. The author of the videos plays the part of a news reporter and embeds himself with a real outfit of players on live servers. He follows them around and documents the fight as if it was a real war. With the HUD off and some solid camerawork, he manages to pull it off pretty convincingly. It certainly doesn’t hurt that PlanetSide 2 is absolutely massive in scale, providing endless footage for him to pick from. The game isn’t bad looking either. Take a look at two of the most recent videos below. I know I will be looking forward to future ones.