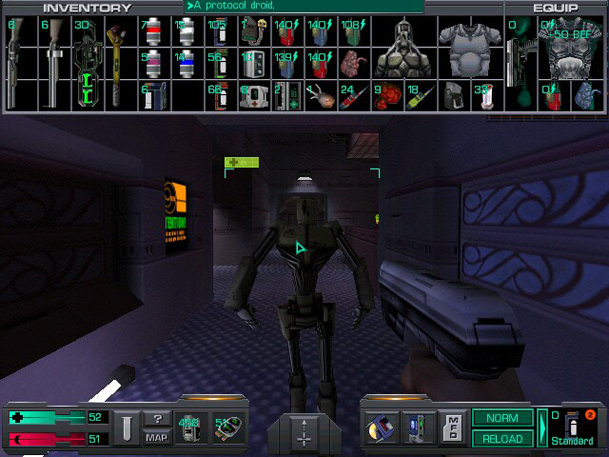 *** If you are running the Steam or Good Old Games release of System Shock 2, download and run the System Shock 2 Mod Pack instead. ***

Every once in a while I run into someone who would like to go back and play System Shock 2. The problem is that out of the box the game will not run on anything remotely modern. The game used to be a a giant pain to get working, but thanks to the efforts of Kolya, we now have a single tool to run that fixes just about every issue the game had with running on modern computers. There are also a lot of great mods out there that make the game look fantastic.

Here are the steps I would suggest to get System Shock 2 working:

Installing the mods is easy using the mod manager.

SHTUP is a mod for System Shock 2 which aims to increase the resolution of all the common (and quite a few of the not-so-common) object textures. A secondary objective of the mod is to correct all other graphical glitches, such as typos, continuity errors, texture alignment errors, and so on. All of this is to be done while sticking as closely as possible to the original art style.

These are replacement weapon models for System Shock 2 made by Mercurius.

A much improved Psi Amp and hand model by Eldron.

A special thanks to SystemShock.org, the source for most of the information found here.