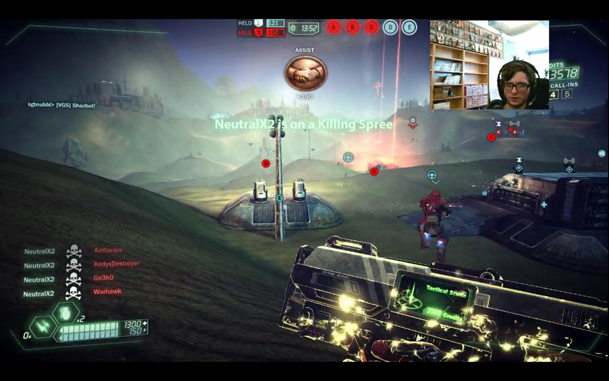 I show up about an hour and seven minutes into the video below. I was actually in a few earlier games, but I was out of it so I took a break to get something to eat. I started doing much better when I came back in, although I was not at the top of my game. Its been a while since I last played Ascend due to Battlefield 3 and Diablo III taking up most of my gaming time. Still, there were a few cool moments and I had some pretty good KDRs, if not the top scores, in every match. Make sure you catch the epic orbital strike at 1:43:40.

I helped him out with that last cap right there. He was going in for the cap and I said the flag was secure. When the flag is off of the stand and someone says that it is secure, it generally means they have the flag out in the field but they are not going to return until you are ready to cap. I guess he didn’t know that, so he didn’t go straight to the stand. When I noticed he passed the stand I returned the flag. Thankfully he was able to cap it for the win. After the match, he sent me a code for some free Tribes Gold at the end there. Pretty awesome!