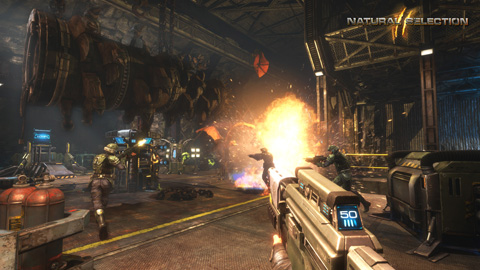 The Natural Selection 2 team has just released a pretty big update to their game. The jetpack, Onos, and Prototype Lab have been added into the game, as well as a new map called mineshaft. To celebrate the release of their biggest update yet, they created a new trailer to highlight some of the new additions:

Pre-order NS2 for $34.95 and get access to the beta at http://www.naturalselection2.com/buy