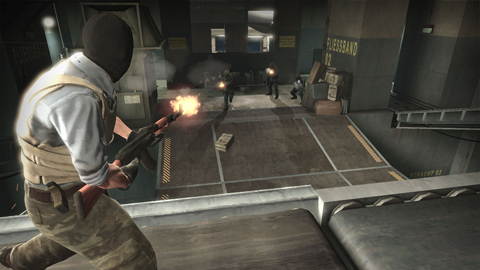 Honestly, I could not care less what a bunch of 1.6 players that are too scared of change to move on to Source think about CS:GO. While 1.6 was great at the time, in hindsight it is actually a pretty bad game. I went back to it last year for a little while, and I honestly don’t know how I ever played that game, much less seriously competed in leagues and did well. I really don’t know what these kids are doing still playing it, as Source is superior in every way that counts. Is there even serious leagues for 1.6 still? Certainly not anything anyone cares about. The competitive gaming community has moved on from 1.6, and I find it strange that Valve is turning to 1.6 players of all people for advice. They are still playing 1.6, and I seriously doubt they are going to adopt anything new at this point.

Anyway, Valve does not have a new date for the close beta, but they said that when it does launch the core focus will to be address any hardware compatibility issues. Faliszek told Eurogamer that the closed beta will only include one or two maps. Sixteen maps are promised at launch, including eight classic maps and eight “Gun Game” maps. He also explained that the beta ends, “When the community tells us. It ends when it’s ready.” That said, the beta will continue to be refined, updated, and include more users until everyone is playing the final release.

As a result, the estimated release date is now “early 2012”.