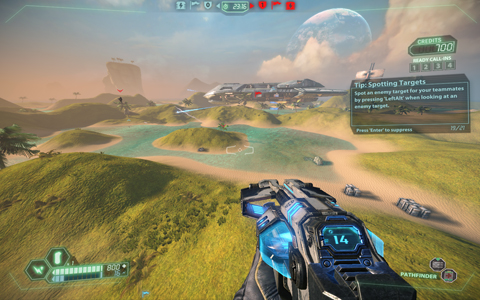 A few days ago Hi-Rez opened up a “Systems Tests” for Tribes: Ascend ahead of the official start of Closed Beta on November 4, 2011. After patching for a few hours I was able to jump on a bit and play my first few rounds of Ascend. I am not going to bother writing up my opinions on the game at this stage since its still early on and they admit everything is open to change. As you would expect, there were things I really liked and things I didn’t care for, but none of that really matters until the game gets closer to release. So instead, just enjoy this video of my very first round of Tribes: Ascend. Its fun feeling like a noob again!