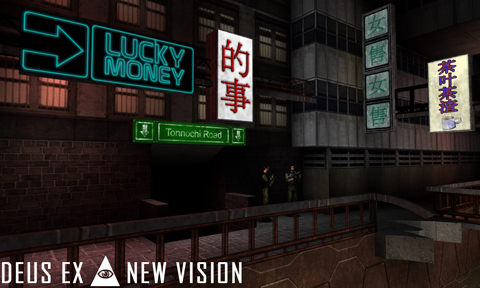 The “New Vision” mod replaces approximately 75% of the game’s textures with newer “high definition” versions. Why only 75%? Developer ‘DaveW’ explains, “The other 25% isn’t being redone, I don’t have the time. The 75% are the vast majority of textures, the rest are generally minor detail elements.”

The original Deus Ex can be picked up on steam for only a few dollars, so there is no excuse for not having played this classic. The New Vision mod can be found over at Mod DB