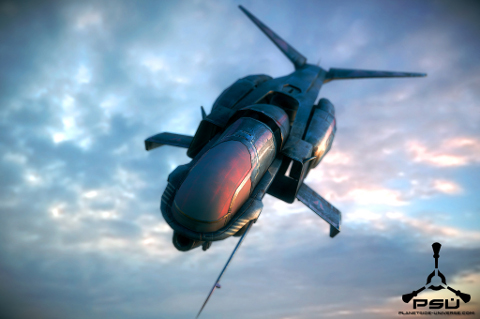 Well it looks like Planetside 2 didn’t completely escape the SOE studio closures unscathed. While speaking to the website Planetside Universe, Sony Online Entertainment president John Smedley said that the game will not be coming out during the first half of the year as previously planned:

PlanetSide Next is getting More resources and will be out a little later in the year but we are pulling out all the stops to make it great.

So it looks like the game will be getting some extra resources as a result of the cancellation of The Agency. Personally, I am in no big rush to get my hands on the game. I am glad to see that they are taking their time and throwing some more resources at the game. Hopefully this sequel does Planetside 1 justice.

We wanted to share this information with you all directly, rather than having you read about it on another site. What does this news mean for the squads of seasoned fighters in PlanetSide? There are few occasions when we see Vanu, NC and Terran all aligned in game, but we see it every day when we come to the PS forums or read about your campaigns in blogs, videos and other sites. We are listening; the community’s long-term and unflagging support of PlanetSide has ensured that it is one of the franchises that SOE will focus on going forward. I know that you’ve all seen a few cryptic and veiled messaged here and there regarding a new evolution of the game… while most of this development is still highly classified, we hope to bring you at least a few words from the Producer next week to whet your appetite and anticipation for the future.