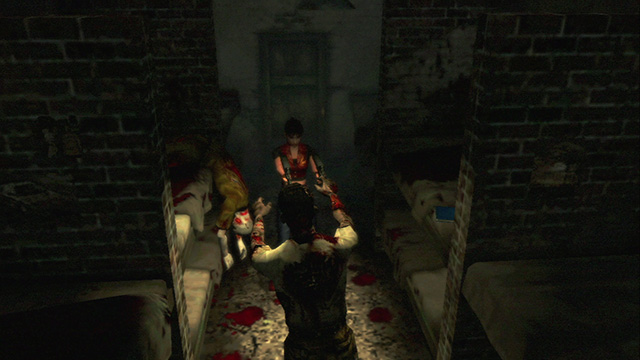 I know I am in the minority in feeling that the old resident evil games were more enjoyable than Capcom’s current offerings. The old games were slow paced survival-horror games where you had to solve unique and interesting puzzles and conserve limited resources while trying to barely survive a zombie outbreak. Often the best course of action was to avoid or run away from fights, since health and ammo pickups were few and far between. The new games are more of a 3rd person action-fest where you blast lots of zombies with big weapons, never having to worry about ammo and only occasionally solving a puzzle. The series has lost its charm and intellect, but it also appeals to a much larger audience. Given the success of Resident Evil 4 and 5, I doubt we will ever get a new RE game that is more in line with the older games.

Code Veronica is probably my favorite of all the old Resident Evil games. It first appeared on the Dreamcast, and took advantage of its (at the time) advanced hardware to do a number of new cool things. The camera was no longer static, often following the player as they moved around but still giving a good overhead view of the action. The environments were finally completely 3D rendered instead of having partially 3D geometry over a 2D background. The game also had a number of pretty cool in-game cutscenes making the game feel more like a movie then any of the previous games in the series. The game also had a pretty memorable story, with three main characters that you got to play as during various parts of the game. If you have never played Code Veronica, I would highly recommend giving it a shot when it comes out.

You can find the official Capcom site for these games at http://www.capcom.co.jp/bhrs/