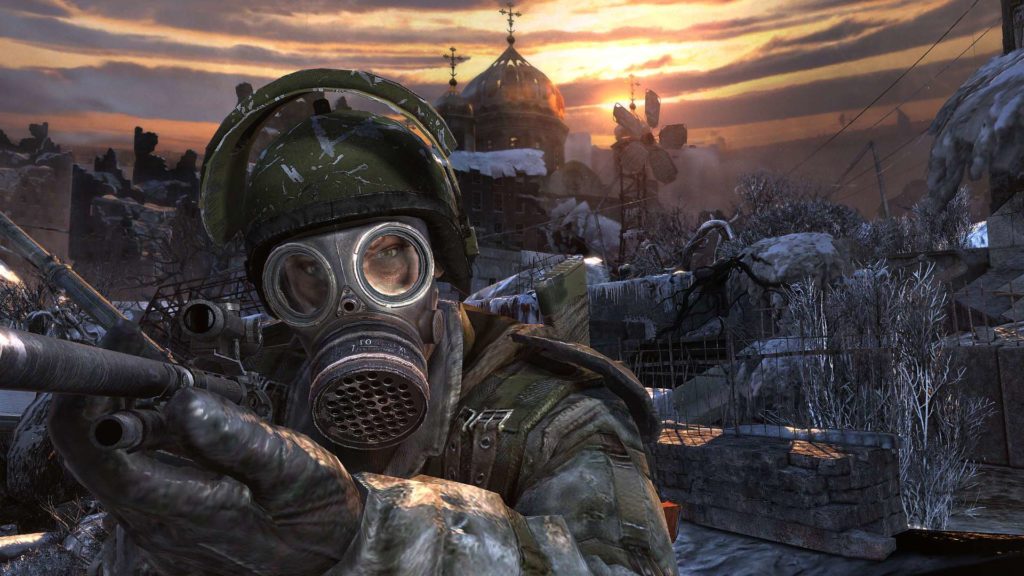 I am never riding the Metro again.

After playing this extremely creepy and atmospheric game, I don’t think I can ever step foot into a Metro station again without getting post-traumatic stress symptoms thanks to this excellent survival horror first-person shooter. Set in the aftermath of a nuclear war, the remaining Russian population has retreated underground to the Moscow Metro system where the majority of the game takes place. The individual Metro stations have been turned into refugee camps of sorts, with families trying to survive on whatever they can. Many of the camps are run by different factions, some of which are friendly, while others are not. Travel between these crowded stations is possible but dangerous due to the mutants, bandits, and anomalies that have taken up residence in the sprawling Metro tunnels. The setting is extremely dirty, depressing and claustrophobic, but rendered in amazing detail. Every inch of the Metro system seems plausible, and years of neglect have never looked so awesome. With resources so scarce, life seems to be hanging on by a thread. The world is clearly dying, with everything, including the tunnels which preserve this last bit of humanity, rapidly deteriorating. Still, there is still a lot of life left in the people in these Metro stations, and they are not willing to disappear without a fight. 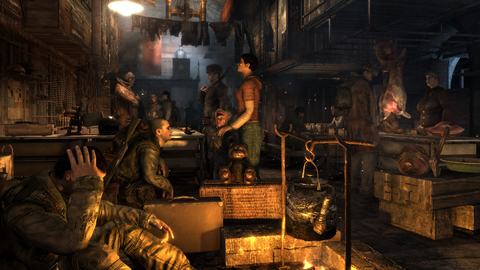 You play the game as Artyom, the son of the leader of one of the Metro stations. The Mutants have become more aggressive recently, attacking the station in greater numbers. The only hope of survival for those in the station are for you to get a message to one of the other, stronger Metro stations, asking them for help. However getting there, though the dangerous subway system, past the mutants, anomalies, bandits, and more will be no easy task. Luckily you are not alone in this, and you will have a number of companions to help you with your journey.

The game takes a lot of gameplay cues from existing survival horror games. This means limited supplies, dark corridors, oppressive atmosphere, and scary enemies. Friendly Metro stations, which can be thought of as hubs between missions, provide opportunities to catch your breath and trade for supplies. The currency in the tunnels takes the form of pre-war ammunition. Considering how hostile the world is, it’s not very surprising that bullets are more valuable then money. Pre-war ammo is becoming more and more scarce, so Metro residents have begun creating their own “dirty” rounds. These homemade rounds are not as powerful as the pre-war munitions, however they are plentiful. Balancing between firing dirty rounds and pre-war ammo, which doubles as your currency, creates an interesting gameplay choice. Do you want to take down the enemies quicker using less ammo, or save the ammo to buy more powerful weapons but stick to using the less effective rounds? 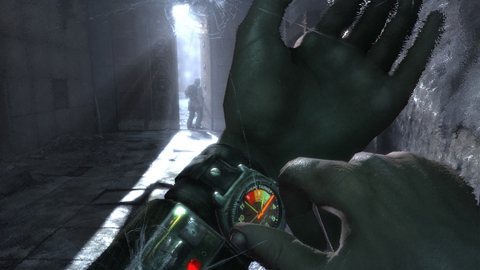 The gunplay in the game is pretty solid for the most part. There is an interesting selection of weapons that range from pre-war guns like AK-47s to weaponry made down in the Metro. These Metro weapons are often pneumatic in nature, requiring you to manually pump air into them (think squirt guns) before they can fire their ball bearing rounds. They take longer to prep, but they are silent and rather powerful. The guns behave in a realistic manner, and there are a number of choices for upgrades that range from scopes to silencers. The mutants behave as one would expect, charging after you without much intelligence. The human opponents show a reasonable amount of intelligence, and provide a challenge.

If brute force isn’t your thing, stealth is a viable option in the game. The Metro tunnels are naturally dark, and light sources can be eliminated to provide even more cover. There are a number of silent weapons, such as the pneumatic weapons discussed earlier, as well as throwing knives the like. The enemies react to noises as you would expect, investigating sounds and alerting other guards upon discovering you. Stealth is never outright required, but at times it certainly pays off to take the quiet approach. 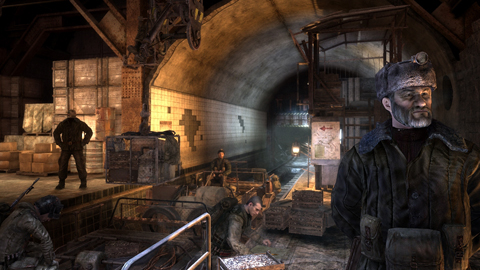 If there is one defining aspect of this game it is that it absolutely nails the sense of atmosphere and immersion. It goes beyond the exquisitely detailed environments and superb graphics though. In a manner similar to that of Far Cry 2, a lot of the game’s HUD has been replaced by in-game items and other in-game visual feedback. For example, throughout the game you have to make use of gas masks. These masks occasionally require filter changes, but there is no timer on the HUD that tells you when to swap them. Instead, you can look at the watch on the character’s wrist. Other in-game feedback that indicates it’s time to swap filters is when your character’s breathing becomes heavy and the mask begins to fog up. Likewise, mission objectives are written on a journal that you can pull up and read without being pulled out of the experience. Other neat little touches includes a hand powered electrical generator that you use to charge up battery powered items such as night vision goggles and flashlights. Instead of having a meter that displays battery power, your flashlight becomes visibly weaker over time. Taking out your electrical generator and giving it a few pumps brings your flashlight back to life. Individually these little touches are not a big deal, but when taken together they help to really bring this world to life and immerse you in it.

If there is one real disappointment about the game it has to be its ending. This is a spoiler free review, so I won’t go into too much depth about what happens. However I think it’s safe to say that the very end of the game consists of a sequence of trial and error events. During this sequence I felt like a mouse in a maze that has to memorize the correct set of turns to get out. It was somewhat disappointing given the buildup, but I still found the overall ending of the game sufficient.

Overall, Metro 2033 is an excellent ride. Be sure to buy a ticket.