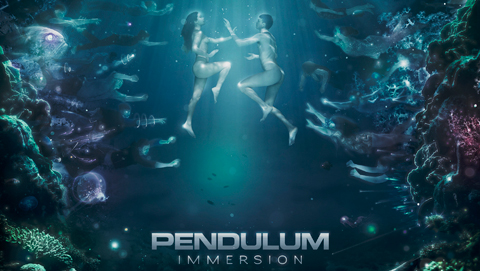 I have decided to start posting about music more then I have been, since I have gotten some messages from people telling me they are enjoying some of the music I have posted from artists they have never heard of. This year is going to be awesome for me. Two of my favorite musicians have already released new albums (These Hopeful Machines, Disappear Here), and some more are on the way from other bands that I really like as well.

One of these upcoming albums is Immersion from Pendulum. The album is set to be released this May. They have already started to release some material about it, including the first single and a music video to go along with it. What I have heard sounds great, and I will certainly be ordering this the day its released.

Pendulum is an Australian drum and bass/rock group originally from Perth, Australia formed between producers Rob Swire, Gareth McGrillen and Paul Harding. They have gained major popularity in the UK, and have started making a name for themselves overseas. After a shift in musical style incorporating a rock-oriented sound and more electronic influences other than drum and bass, ranging from dubstep to house music, Pendulum is now better known for their energetic live shows, with live band setup and advanced visual displays.