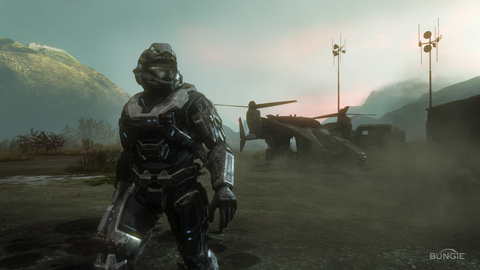 Bungie has released some footage of Halo Reach, the next game in the Halo Universe. The clip is from the first cinematic in the game, so it doesn’t show any game footage. It does however give some hints on the storyline and shows off the new engine that will power Halo Reach. The footage is entirely done in the game engine, and overall is pretty impressive. The lighting effects in the sky at the end of the video were particularly impressive.

The game is a prequel to Halo: Combat Evolved, taking place during Halo: The Fall of Reach and the beginning of Halo: First Strike when there are many Spartan-IIs still in action, though it is currently unknown how closely it will tie into the novels. In the history of Halo, Reach, humanity’s largest military production and command planet, was destroyed by a Covenant fleet. The new trailer shows a Spartan joining a squad of other Spartans who are heading to their next mission with the Lieutenant as their new “6”.