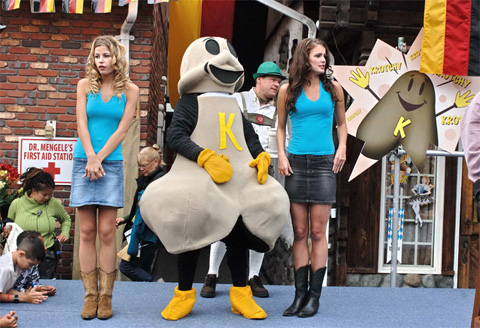 So, I was looking at the movies available on Netflix that I could watch on my 360 and I came across Postal. I almost forgot that this movie existed, but I do remember the trailers being slightly interesting. I recall that the trailer came out around the same time that I watched the Uwe Boll interview on Gametrailers. He came across as a decent guy, so I remember thinking that I would give him one last chance to redeem himself and watch Postal. Of course then the film got released in the United States on less then two dozen screens, so I never got around to watching it. So when I found it on Netflix, I decided to give it a shot.

Wow. Honestly, I have no idea how Mr. Boll is so inept at creating even a slightly decent film. After all these years and bad movies that he has released, he has somehow managed not to learn a single thing. Postal was absolutely atrocious. Not a single joke in the 102 minutes was funny. Don’t get me wrong, I laughed all the time, but only at how awful most of the scenes were. The movie is clearly trying to come off as funny by being absurd (which is absolutely is), but it fails at actually being humorous due to half-assed execution. For example, the over the top scenes (such as the shootout at a German themed amusement park in which dozens of children get killed) are so poorly done that it’s actually hilarious for all the wrong reasons. Overall, the action scenes suck, the jokes fall flat, and the directing is bearable at best. If you have yet to see this movie, do yourself a favor and don’t. If you lack good judgment like me and actually watched this movie, let’s get together and form a “Postal Survivors Support Group”. Together we can get through this horrible experience.