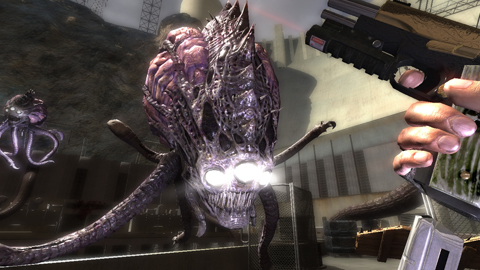 As I am sure most of you already know, 3D Realms closed a few days ago due to financial issues. Its funny, but this really bothered me for some reason. On one hand, I loved all the games they released in the 90s, but on the other hand they have not released anything in years. So it is a bit surprising that the company’s death actually matters to me. Initially the announcement was really surprising. However, when you think about it, it is a bit interesting that they managed to stay afloat this long without releasing any games. They did get a lot of money when they sold Max Payne to 2K, and they have released other Duke Nukem games such as the ones on mobile platforms and the excellent Xbox Live Arcade release of Duke Nukem 3D, but that is about it.

I guess I just always had Duke Nukem Forever in the back of my mind as a game that will one day come out and kick ass, and I am disappointed that it probably won’t happen at this point. It’s easy to be cynical and make fun of DNF, but after so many years in development I really just wanted to see what they would end up with. It might not have been groundbreaking, but I am sure it would at least be fun.

Anyway, following the shut down of 3D Realms Brian Brewer, a former 3D Realms artist, released a demo reel of his work. The reel was not meant for public consumption, as Brewer’s website reads “As much as I would like to show everyone I can’t. This is for game developers only.” Duke fans should be familiar with Brewer, as he helped animate the 2007 teaser trailer. If the demo reel gets you nostalgic for the old Duke 3D, I have some tips for getting it to run.