Having Fun With Shadowrun 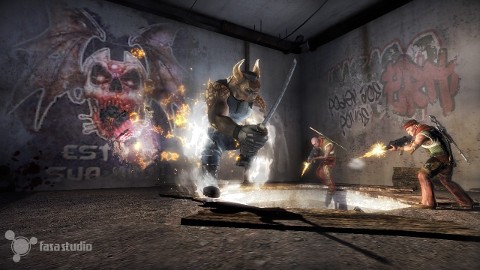 Yeah that’s right, Shadowrun. I was always interested in this game, but when it came out with only handful of maps, I decided to hold off buying it until it was cheaper. I didn’t feel like it was worth the $60 they were asking for it, but the gameplay concepts were interesting. A few weeks back I noticed the game was on sale for $2 for PC, so decided to pick it up. Overall, I am really glad that I did. In fact, I really should have bought it a long time ago. I guess the best way to describe it would be a deeper, more teamwork focused version of Counter Strike, but that really doesn’t do it justice. All the character classes, magic, and tech are really well designed and balanced. Its fun to mix and match different combination and see how they play. I already have a few favorites, but they are all very fun and useful in different situations. The Keyboard/Mouse controls are working great, and I also tried using a Xbox 360 controller on my PC and that is good too. Plus, the cross platform play works really well. If anyone else is interested in picking it up, it can still be found for around $12.99. Even at $13, I would say that the game is a bargain for the amount of fun I am having with it, and there is a surprising number of players still playing.

Here is a pretty good review if anyone is interested. Its funny, their only real complaint is the price for both the game and Games for Windows Live. Considering the game is so cheap now and that Live is now free, I wonder how they would score the game if they did the review now.