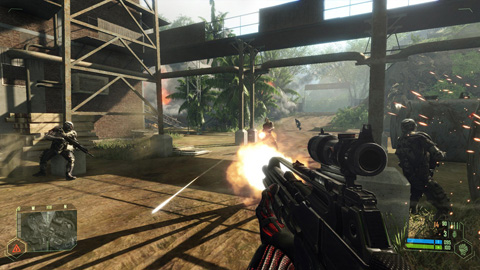 So I just “finished” playing Crysis a little bit ago. I put finished in quotes because you really don’t finish anything, the game just ends. I remember back when everyone made a big deal about how abruptly Halo 2 ended, but I have to say that the ending for Crysis is way worse. In fact, I would go so far as to say that this is the worst ending in any game I have played. After beating it, I actually walked into my roommates room and asked him how Crysis ended. I was certain that my game must of glitched and triggered the credits. But no, what happened was the actual real ending.

I am really stunned at this point. Literally nothing in the plot of the game got resolved, and the character’s dialog up until the credits consisted of pretty much “Alright, now we know how to kill these things, lets go and do it”. I seriously feel like I played 50% of a game. What a major disappointment.