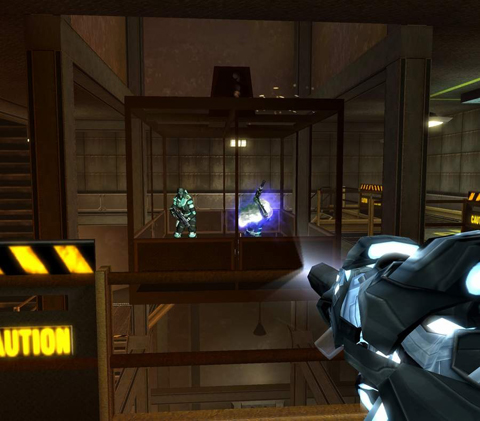 Midway’s Area 51 is now available to download and play for FREE as an ad supported game. I really like this new trend of releasing games for free. It seems like a pretty good way for publishers to get a little more money out of their old titles while giving people a second chance to check them out. I will certainly be playing Area 51 soon.

Area 51 is the only action-packed 1st person shooter set in the U.S. government’s most secret and secure military facility. The U.S. Army has received a distress signal from Area 51 where a viral outbreak has just shut down the research facility and the automated quarantine procedures have locked all scientific and military personnel inside. A small Special Forces unit led by Specialist Ethan Cole of the HAZMAT (hazardous materials) Division is sent to investigate. As Cole, players will delve into five massive levels within the confines of Area 51, discovering a deadly mutagenic side effect of the virus that controls the minds of those infected, as well as an ancient alien colony buried beneath the facility. With a multitude of human and alien weapons, players must explore chilling conspiracies such as the extraterrestrial crash at Roswell and the faked lunar landing, in order to solve the enigma of Area 51 before the viral mutagen is released and irrevocably mutates all life on Earth.