The Suffering Released For Free 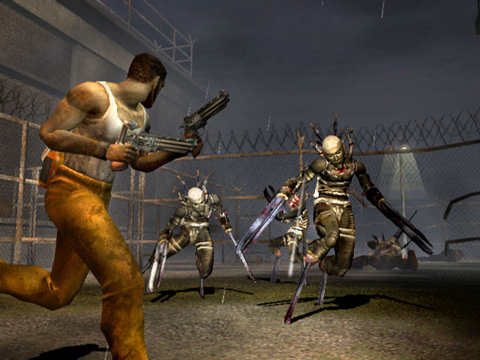 Midway’s horror action game, The Suffering, has been released for free as an ad supported game. I played the game when it came out on the Xbox back in 2004, and I remember walking away really impressed. The design of the game is great, with solid horror and action elements. Overall, its one of the better horror games of the last couple of years. If you never checked it out before, now is a great time.

The player controls Torque, a man who has been sent to the fictional Abbott State Penitentiary on Carnate Island, Maryland. Torque has been convicted and sentenced to death for murdering his wife and two children, although he claims to have blacked out at the time this happened and cannot remember anything. The night Torque arrives, there is a powerful earthquake, which releases an army of monsters upon the facility. Torque’s cell door breaks and he is freed from his captivity. Starting with little more than a shiv, Torque traverses the prison in an attempt to escape Carnate Island alive.

The game was well received by critics and fans, and has sold over 1.5 million copies.