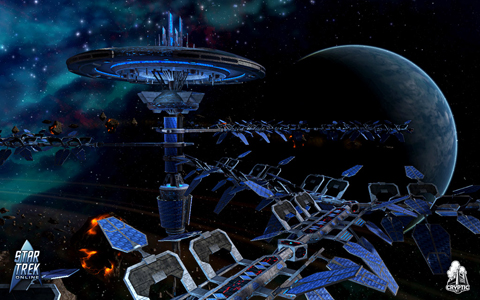 The game was initially in development at Perpetual Entertainment, but after some problems, Perpetual announced that it was no longer developing Star Trek Online. The license for the game and all of its assets except for the code were transferred to another, unnamed, developer (now known to be Cryptic Studios) back in January. Cryptic has launched a website for the game and released a coupe of new screenshots. They also promised to reveal some gameplay footage at the Las Vegas Star Trek Convention on August 10.

I am pretty excited about this announcement. I pretty much lost hope for a good Star Trek MMO back in January, but I think the game is in pretty good hands now.