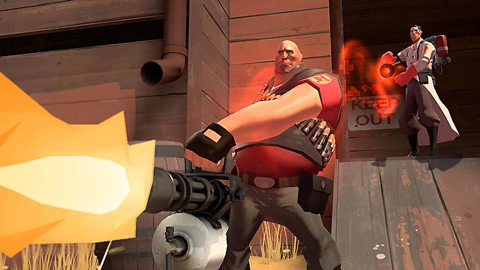 Valve released a rather large update to Team Fortress 2 today. Aside from the usual bug fixes, valve included 39 new Medic achievements as well as 3 new unlockable medic items. But the most exciting part of the update is “Gold Rush”, which is a new map featuring a new gameplay mode. To celebrate the update (and hopefully sell more copies of the game), Valve is allowing everyone to play the game for free from May 2 – 4.

Gold Rush is an entirely new level featuring a new gameplay style called Payload. The level is split into three separate areas with intermediate capture zones inside of each major chapter. The teams are split between offense (Blu) and defense (Red) similar to Dustbowl. The goal for the Blu team is to push the bomb payload through the level until it reaches the next capture point, eventually destroying all three of Red’s major bases. Blu pushes the cart through the level by standing near it, with the cart moving faster when more people are close by. If no one has pushed the cart forward after 30 seconds, the cart will begin to move backward until it is pushed forward again. 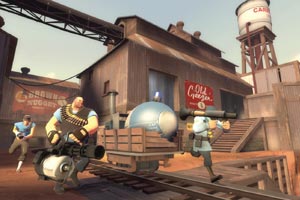 Stand near the cart, it moves forward.

Gold Rush is a map that specifically focuses on pacing so that the player feels like they are part of an overall campaign by the team. Each member of the team needs to focus on both the overall goal of either stopping or advancing the payload and also deal with local threats. As the payload moves through the map both teams need to be able to adjust their strategy depending on what approach the other is taking. Gold Rush has been designed taking all nine classes and their abilities in Team Fortress 2 into account, which means there is a spot for everyone and their favorite class to be useful. 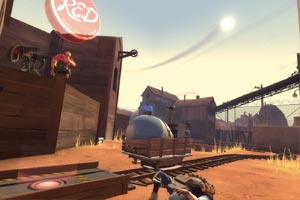 Move it past all the capture points to win.

For long-time Team Fortress fans it should evoke feelings of both Dustbowl, in terms of layout and team goals, and Hunted, as it has a central objective that forces the battlefield to move through the map dynamically.