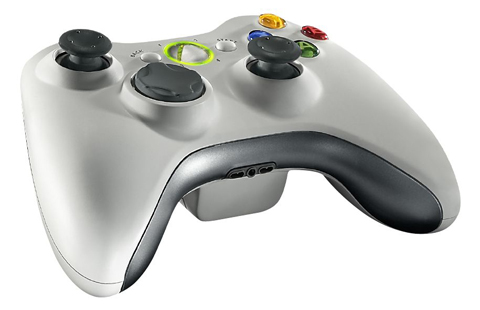 A little while back I accidentally spilled a glass of soda on a brand new wireless Xbox 360 controller. I did my best to wipe it off but the damage was already done. It got in between the buttons and dried up, making them all sticky. Some of the buttons moved slowly, others got stuck inside the controller. Instead of taking the hit and buying another wireless controller, I decided to try to take it apart and clean it off. It worked pretty well, so I decided I might as well make a quick post in case anyone out there is in a similar situation (or simply wants to clean a dirty controller).

Before you start opening the controller, its worth mentioning that doing so will void the warranty. Cleaning the controller will be entirely at your own risk. If you somehow manage to break it, Microsoft is not going to be sending you a new one, and neither am I. However, if you can follow basic instructions, have some common sense, and are willing to take the risks, it will probably work out perfectly fine.

Start by removing the 7 screws on the back of the controller. Then use a razor or X-acto Knife to peel back the barcode label located in the middle. You will find the 8th screw behind it. If you are having trouble peeling the label up, you can simply cut a hole in the label around the screw. Once you have all of those screws off, you should be able to lift the back of the controller off pretty easily. Be a bit careful while doing this, as the rumble motors might be loosely stuck to the back of the controller, and you don’t want to drop them. It’s not necessary, but it is pretty easy to disconnect the two motors from the PCB (printed circuit board). If you wish to do this, simply pull the connectors straight up out of the slots by gripping the top sides with Needle-nose pliers.

Next you will want to remove the bottom grey plastic piece of the controller that is located between the front and back of the controller where you would plug in a headset. It’s pretty obvious how this comes out. Simply pull it up a bit and then pull it out.

All that is really left is to pull out the green PCB. There is nothing holding it down, so just push in both of the triggers and it will come right off. Again, be a bit careful as the buttons underneath it are not held in and might come flying out if you shake the controller around.

At this point you have now separated the electronics from the plastic controller case and buttons. You can clean the controller case and buttons with soap and water. Give it at least a couple of hours to dry, and then just put everything back together. All of the buttons with the exception of the start button and back button will only fit in one slot. This makes it nearly impossible to put those back on incorrectly. Once you are done, you will hopefully have a clean, working, Xbox 360 Wireless Controller.