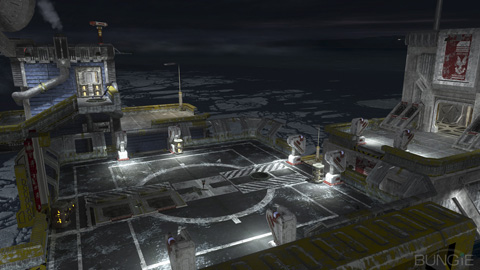 The third and final map in the Legendary Map Pack has been revealed.

Blackout: A remake of the Halo 2 classic Lockout, a cold series of interconnected platforms and walkways. Where Avalanche was retuned, reworked and massaged into something both familiar and unfamiliar, Blackout is a remake in a pretty strict sense of the word. However, this time around the setting, a UNSC research station set in the Arctic, is a bit more realistic. The map takes place in the middle of the night, so it’s dark, but the full moon and ambient light from the facility make the map visible enough that it plays just like Lockout. But even though the map is a pretty straight remake, don’t expect it to play exactly the same. There’s equipment now, which changes the dynamic quite a bit.