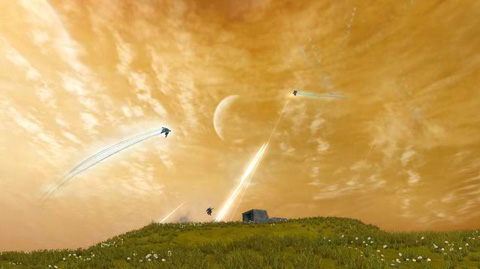 A little while back I posted about the possibility of GarageGames developing a Tribes-like shooter for their new InstantAction.com project. It appears that a few alpha-level videos were discovered in unprotected directories on the InstantAction website which show some early footage of their new shooter, and it does indeed look very much like Tribes. According to ShackNews, “A source close to GarageGames stressed that the videos–depicting Tribes-like combat on an alien world–represent early work, and were meant for internal use only.” But even in an early alpha state, the game looks pretty awesome.