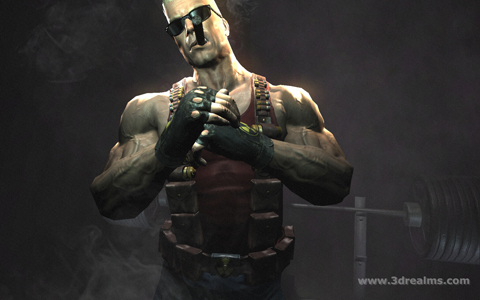 No way! Could DNF actually be getting closer to release? I honestly never thought the game would get to this point. I was certain that the whole game was just a terrible hoax. The fact that this game might actually come out has me questioning all of my beliefs. What the world be like if this game actually came out? Who will take the top spot on all of those Vaporware lists?

Last Saturday we had our annual company Christmas party. It was a lot of fun as usual but it featured one special surprise. It turns out that several people had been secretly working late nights and into the wee hours of the morning preparing a special video for those at the party. They created a short teaser for Duke Nukem Forever.

After seeing the teaser we thought it was something we should share with all of you and while it’s just a teaser, rest assured more is coming.