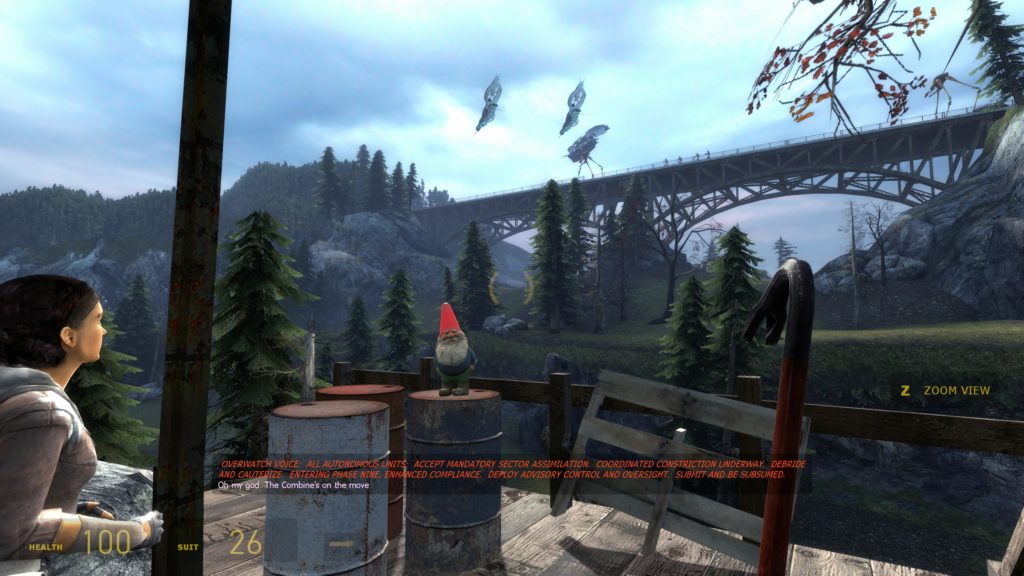 When Valve originally announced their plans to deliver the next part of the Half-Life story in episodic form everyone was pretty excited. Instead of waiting years for a full sequel, fans expected to get episode sized pieces every six months or so. Unfortunately, things didn’t go exactly as planned. Episode 1 ended up getting delayed, and when it did come out it was a bit disappointing.

Episode 1 ended up feeling like more of the same. There were no new weapons or vehicles, and the game even took place in the same locations you visited the first time around. This really gave the game a sense of déjà vu while you were fighting the same enemies (except for one) with the same weapons in the same location. Add to that the fact that not much really happened in Episode 1 to move the plot along, and what you end up with is a game that, while fun, was ultimately disappointing. 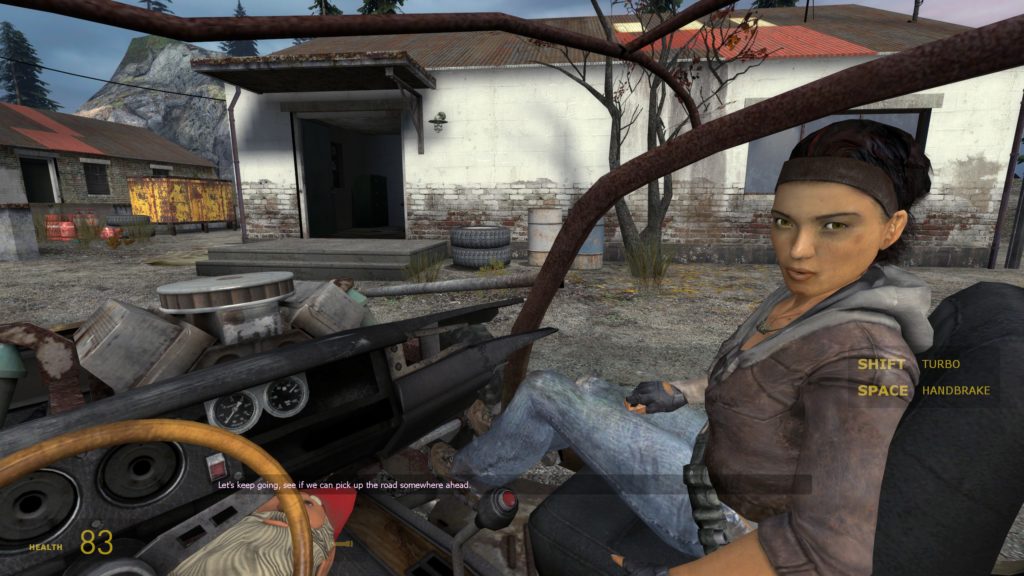 Luckily, Episode 2 fixes a lot of the problems that Episode 1 had, making it a truly enjoyable game without any reservations. While Episode 1’s weakest point was the plot, the opposite is true this time around. Episode 2 starts where you left off, with Gordon Freeman and Alyx the run from the Combine. Your goal is to make it across the countryside surrounding the outskirts of City 17 and deliver the data packet that you stole to a resistance base called White Forest. The Combine know that you took it, and will be stalking you relentlessly the entire way, making your journey (which should take between 4-5 hours) pretty exciting. Along the way you will meet quite a few new characters, engage in some pretty cool combat, and learn quite a bit of backstory. Of course actually getting there is easier said then done, and you won’t believe some of the places that you end up at along the way. 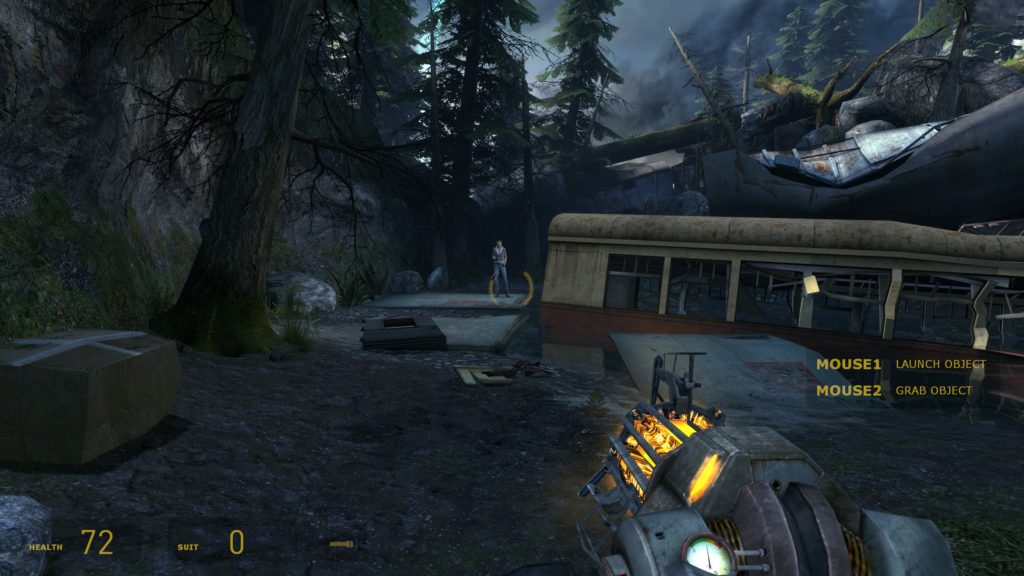 These new locations mark a big change from the typical linear urban and industrial environments of the previous games, opening the game up to some new gameplay possibilities. Many of the environments are a lot more open ended then those in the previous games, giving you much more freedom this time around. A new vehicle is introduced, and you will end up keeping it for quite a long time (while getting upgrades). This vehicle adds new gameplay elements that work great with the open environments. For example, at one point in the game you will be racing around to different locations in order to protect them from a huge strider and hunter attack. To say this segment is frantic would be an understatement.

Besides new locations and gameplay, the game also features a few new enemy types. The biggest of which is the Hunter. These flechette shooting creatures usually appear in packs, and can be pretty lethal if you don’t work fast to take them out. There are also two new forms of Antlions. The first is the Worker Antlion that likes to keep its distance and lob acid at you. They can also fly; making them pretty fast and mobile. Lastly, there are the Antlion Grubs. These pretty much function as health kits and light up the underground tunnels. 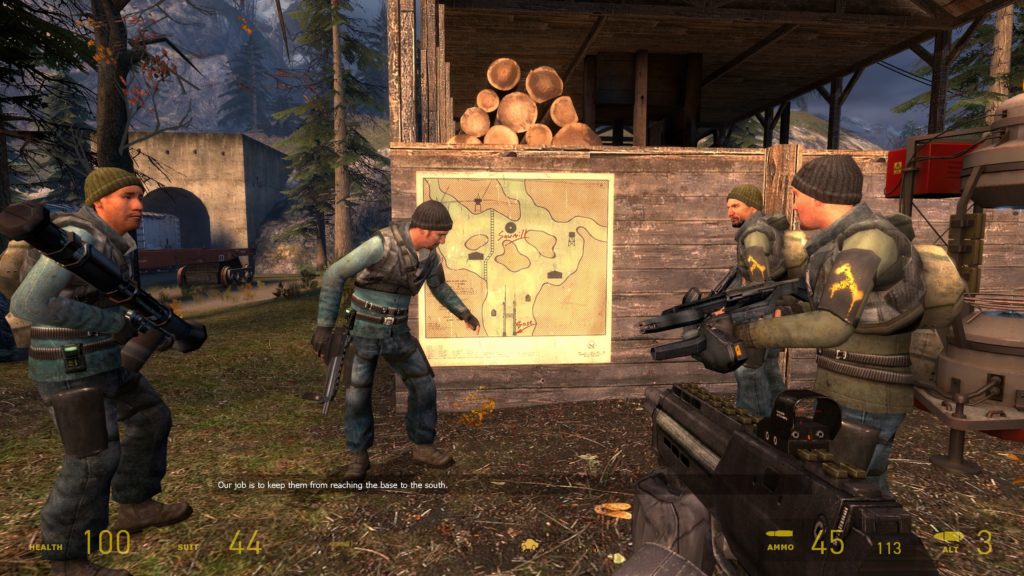 There really isn’t much in the way of new weapons. There is the “Magnusson Device”, a sticky bomb of sorts that you attack to striders by launching it with the gravity gun. Still, the Half-Life arsenal already had pretty much every weapon category covered, so the lack of new content here is not much of an issue.

The only category that Episode 2 does disappoint a bit is graphics. The Source Engine is starting to show its age. But Valve did make some new enhancements to it that should help it last a bit longer. The most impressive addition is the cinematic physics system which supports very large interactions that blend physics events with key frame animation. Examples include a house exploding or a bridge collapsing. There is also a new dynamic lighting and shadowing system, which allows the player’s flashlight to cast dynamic shadows. Lastly, there is an updated particle system as well as new effects such as motion blur.

Overall, Episode 2 is a good game. It addresses all of Episode 1’s shortcomings, and actually surpasses Half-Life 2 in some aspects. After Episode 1, I was a bit worried that the rest of the episodes wouldn’t live up to my expectations. But Episode 2 has renewed my faith in Valve, and is absolutely worth a purchase.