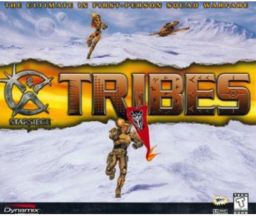 Starting August 16, Sierra Entertainment will be pulling the plug on mulitplayer support for 20 of the developer’s older games. One of my favorite games of all time, Starsiege: Tribes, is unfortunately on the list.

What this means exactly for the Tribes community remains uncertain. Is is possible to have a community run master server, but players would have to manually configure the game to get the server list from a new master server instead of the default Sierra run one.

The main Tribes community over at Tribalwar has been discussing it all day. One interesting post was when Rick Oman from GarageGames stopped by and asked how many community members would be interested in seeing GarageGames getting involved:

I came into “work” at GarageGames this morning and read the news, not a good way to start your day — Tribes to be Killed. Looked down and realized I was wearing my Tribes “Ski Team” Athletic Dept shirt …humm a sign.

I cannot make any promises, I have not even talked to anyone here about this yet although I am sure there will be supporters of the idea.

So, there certainly is some hope that with either a community run master server or some help from Garage Games, those of us who still play will still be able to do so. At this point there really isn’t anything to do but sit back, play tribes, and see what happens. Here is the official news post from Sierra:

Los Angeles, CA – July 16, 2007 – The sites and multiplayer functionality for the following products will terminate as of August 16, 2007:

Thank you for your longstanding support of Sierra Entertainment’s products.

For more information about Starsiege: Tribes, such as how to download it, go here.