A Round of Applause for Ubisoft 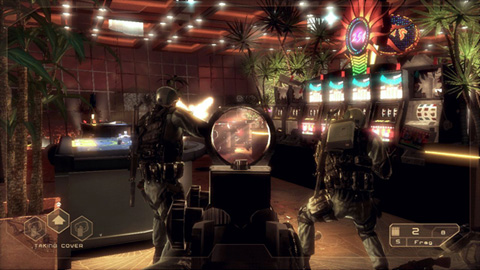 A few days ago Ubisoft announced its second set of downloadable content, called the “Player’s Pack: Black Edition”, for Rainbow Six: Vegas. It includes 5 new maps, 3 of which are completely new while the others are remakes. I am a big fan of the game’s multiplayer, so at first I was pretty excited. Then I read that it was being sold for 800pts, which is the equivalent to $10. Now, that price wouldn’t necessarily be bad, but the fact that this content, as well as the content from the first Player’s Pack, is available for free in the PS3 version made the price hard to justify. The community response was predictable, with tons of negative comments on Major Nelson’s blog.

It is certainly nice to see a company give away content once in a while, instead of trying to nickel-and-dime their consumers for every little piece of content (I am looking at you EA). This just goes to show why Ubisoft is one of the best Xbox 360 developers/publishers, and why I will continue to support their games.