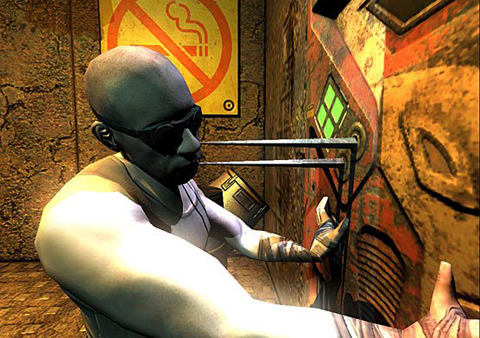 I am sure most of you know about and have played The Chronicles of Riddick: Escape From Butcher Bay. It was one of the best games in the Xbox library and arguably the best movie to game transition ever. Its brutal combat and excellent stealth mechanics combined with its stunning presentation to create a truly memorable experience. I absolutely loved the game, and have been dying to get it on the Xbox 360 backwards compatibility list so that I could enjoy it again.

So of course I was extremely happy to hear about Chronicles of Riddick: Assault on Dark Athena, a remake/upgrade for the PS3 and Xbox 360 that not only has updated visuals but features new single player content and some multiplayer gamplay. The only down side to this is that the original game is obviously not going to make it on to the backwards compatibility list. Since my original Xbox console is dying, it looks like my only chance to play this game again is to buy this new version. I am not sure if a price has been announced, but I think around $40 would be fair. In case you missed the announcement on Game Head, Gametrailers has it posted: