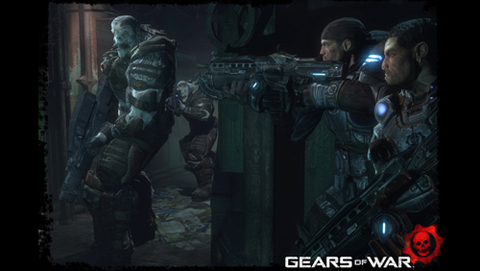 Well, Epic has finally released some details on this recently announced new multiplayer gametype. As the name hinted, it is a territories based gametype with respawns. The release date has yet to be determined.

Objective: Capture and hold key locations to collect enough points to win the round.

Description: In Annex, you win by keeping control over key map locations, or objectives, long enough to collect a winning number of points. Every map has two to five identified objectives available for capture, with one objective active at a time. Objectives are based on map weapon-spawn locations and have a potential value of 60 points toward either team’s score. Teams collect those points by maintaining ownership of an objective until all its 60 points have been distributed. Every second that a team controls an objective, the team gets one point. When an objective falls to zero points, the next objective is selected at random.

On the map, a projected ring marks the physical location and boundaries of the objective in the world. The ring’s color indicates the current captor: White means neutral, blue COG, and red Locust. To capture an objective, players must stand inside the glowing ring uncontested for a short period of time. How long depends on how many teammates stand in the ring at once. One player can capture an objective in eight seconds, two players in four seconds, three players in two seconds, and four players in one second. Once a team takes an objective, they are not required to remain inside the ring to maintain ownership. The captured objective’s points drain until an opposing team member enters the ring, or until its points fall to zero.

Round scores can be set as low as 120 points or as high as 480 points. The first team to reach the target score wins the round.

They are also making two changes to Assassination:

It is nice to see that they are adding new gametypes and fixing bugs, but it looks like we still don’t have a party system. And like I said before, not being able to play with friends in ranked matches in a team based game is ridiculous. Everyone seems to what this, and that should be their priority over new maps and gametypes.