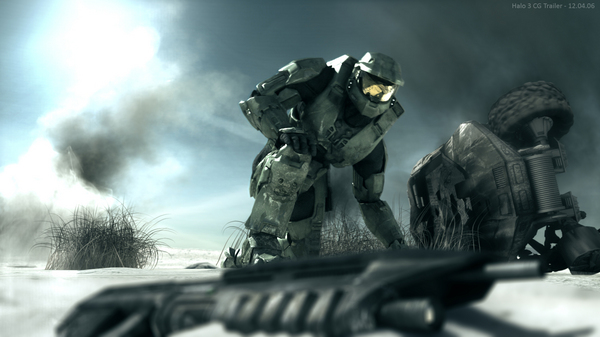 Registration for the beta program begins today at the Halo 3 Web site. The beta is open to North American gamers, but not everyone who applies is guaranteed a spot. Europe will run a beta program for the game separately.

Also, a 60-second ad for the game will air sometime today between 5:50 p.m. and 6:20 p.m. PST during the Monday Night Football matchup between the Philadelphia Eagles and Carolina Panthers. The ad will be a mix of computer graphics and live-action, and will air on television only once. After its TV broadcast, the ad will be made available on Xbox Live Marketplace and Xbox.com.