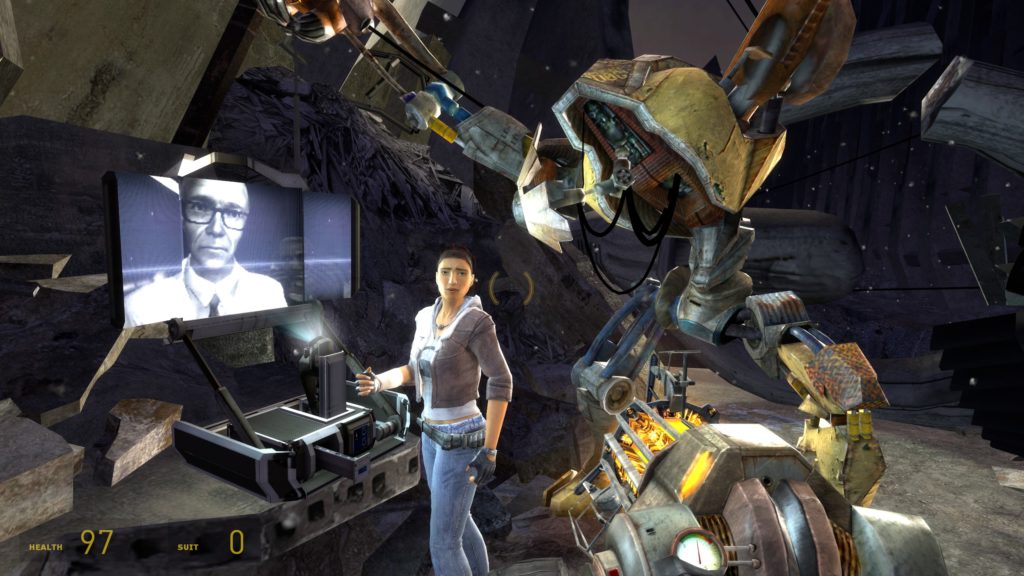 When Half-Life 2 came out in 2004, the ending left many of its fans scratching their heads. The game ended leaving some pretty big questions unanswered. Instead of waiting for another six years for the answers, Valve software has gone the way of episodic content. By releasing three much shorter “episodes” in six month intervals, they are able to get the game out quicker.

Half-Life 2: Episode One starts out with a disappointing explanation of how Gordon and Alyx survive the ending of Half-Life 2. While the explanation does appear make some sense, it feels like a big cop-out and could have definitely been done better. The good news is that the story get a lot better from there. The game quickly has you infiltrating the citadel once again to try to stop a reactor overload and you eventually attempt to escape from City 17.

Unfortunately both the citadel and City 17 were fully explored in Half-Life 2. All of the areas that you visit in Episode One seem very familiar. In fact, you will probably experience de-ja vu a few times before the game is over, which will take most gamers between four to six hours.

The levels are not the only thing that has remained the same this time around. Your arsenal of weapons remains completely unchanged. The selection of weapons is impressive and they worked great for the last game, but it would have been nice to see at least one or two new weapons. It is also worth noting that there are no vehicle sequences in the game, which is a shame. 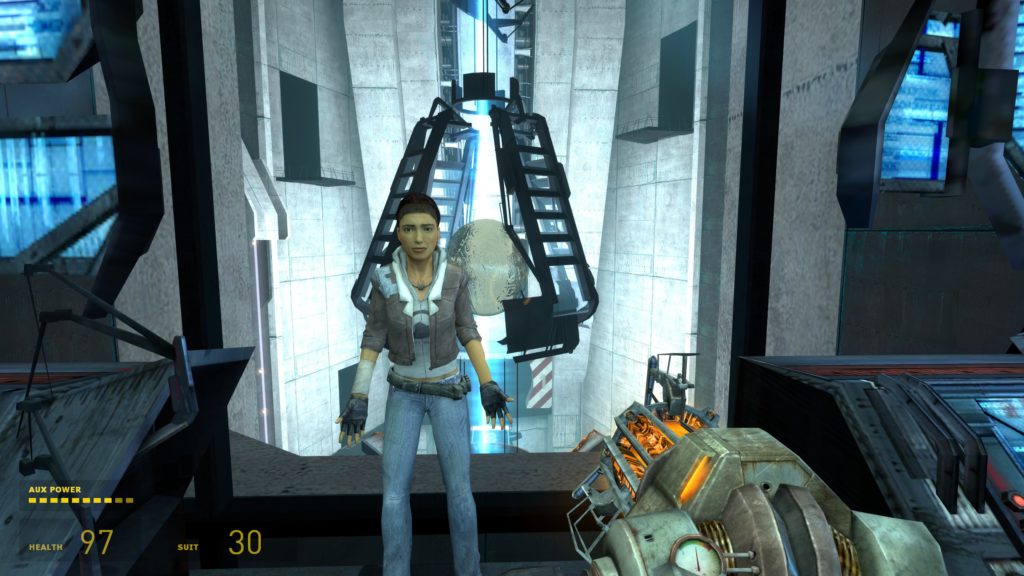 The enemies in the game are the same as well except for one new addition, a combine zombie. These “zombines” take a lot of punishment and like to pull out grenades and rush after you. This tactic makes them extremely deadly and usually makes them the first enemies you go after in a crowd.

With pretty much the same enemies and weapons from Half-Life 2, it is no surprise that the gameplay remains mostly the same. However, there are a few additions here and there that do a little to help keep the game fresh. For instance, it is now possible to plug up ant lion burrows to stop them from coming up out of the ground. Puzzles are back in the game, but unfortunately a lot of them boil down to finding switches to open locked doors, which is a shame as the last game relied heavily on physics based puzzles. They also tend to reuse the same puzzles over and over again, which can get pretty stale as you are trying to find the 4th fuse box to power a locked door.

The great voice acting and animation is still there. The characters seem more believable and show more complex emotion then ever before. Alyx, who is with you for most of the game, has great dialogue. She also does a pretty good job of taking care of herself when you are busy solving puzzles, so it does not feel like a babysitting job. 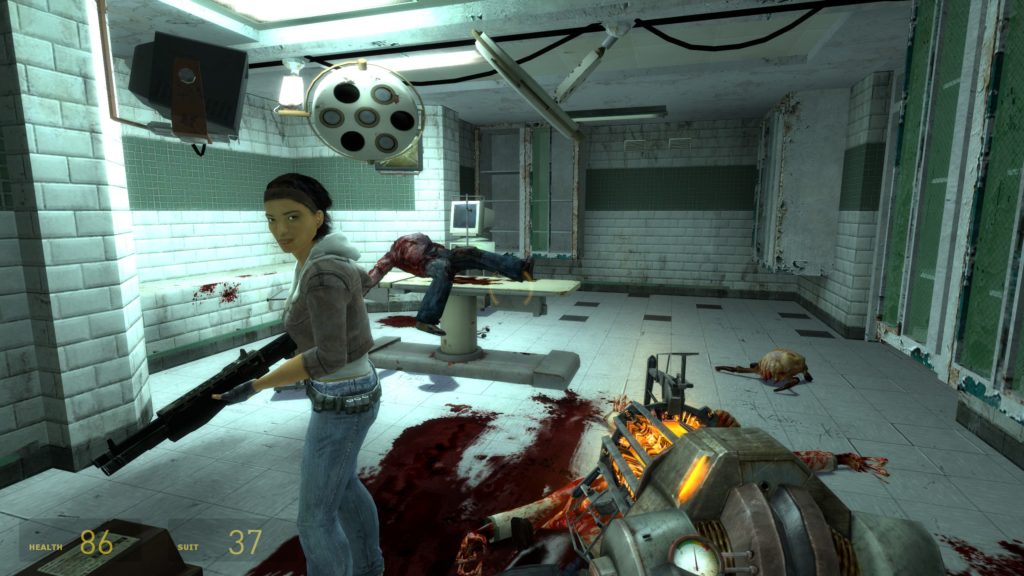 The graphics in the game are pretty much unchanged from Half-Life 2. It looks like most of the textures and objects in the game are reused art from Half-Life 2. With reused art and locations, the game pretty much looks exactly the same as it did two years ago. The only difference is that Valve has added its new High dynamic range rendering (HDR) lighting system into the game (if your video hardware supports it). The main purpose of HDR is to allow bright things to be very bright and dark things to be very dark while still being able to see detail in both. While HDR can look amazing, it tends to be over used in the game and looks downright silly on some objects. For instance, characters will glow unrealistically when you shine your flashlight on them. Still, the two year old source engine still looks pretty good today and runs pretty well on older hardware.

So you ask, “With all the gameplay and graphics the same, why should I buy Episode One”? First, while the gameplay is mostly the same, that gameplay is still extremely good. Half-Life 2 was way beyond many of the mediocre action games out then, and it still holds up very well today. Second, Episode One does a great job in continuing the story. There are a lot of awesome scripted sequences that move the story along. While you don’t learn a whole lot more, and it ends with a cliffhanger ending, it sets up what looks to be a very interesting Episode Two. So if you don’t mind the short length, no new multiplayer content, and think $20 is fair for more of the great Half-Life 2 gameplay and storyline (though not as epic or original), then go ahead and pick this one up. That being said, if you were one of the few who did not enjoy Half-Life 2, this game will do nothing to change your mind.