In 1998, Half-Life sent a shock through the game industry. Combining great action and continuous and immersive storytelling, Half-Life went on to win more then 50 game-of-the-year awards and was even named “Best PC Game Ever” by PC Gamer. Ever since fans of the original heard about Half-Life 2 they have been hoping that it lives up quality of the first game. The good news is that it does. While it is not as groundbreaking as the original, the gameplay and storytelling surpass it in just about every way.

The game begins some unknown years after the events of Half-Life when the G-Man drops you off in the European city 17. While you were gone, the combine have managed to open portals all over the planet, and successfully conquer the world, and it is up to you to lead the resistance. The storyline is told flawlessly through various one sided conversations (your character does not speak) with NPC characters. The NPCs show genuine emotion and have superb voice acting and the facial animation is nothing short of breathtaking. Many of the characters from the previous game are back such as Barney and a few new characters are introduced as well. The game does a good job of genuinely making you care about City 17 and its inhabitants.

When you are not interacting with the games many characters, you will be engaged in fierce firefights with the many different types of combine enemies. Enemies range from small head crabs to massive striders. You have a wide range of weapons to use in your fight. Your standard pistols, submachine guns, and shotguns appear along with some more creative weapons. The gravity gun allows you to grab objects in the environment and shoot them at your foes with extreme force. From explosive barrels to a table, anything and everything is a potential weapon. Another weapon worth mentioning is the pheropods which allow you to summon and control vicious ant lions. 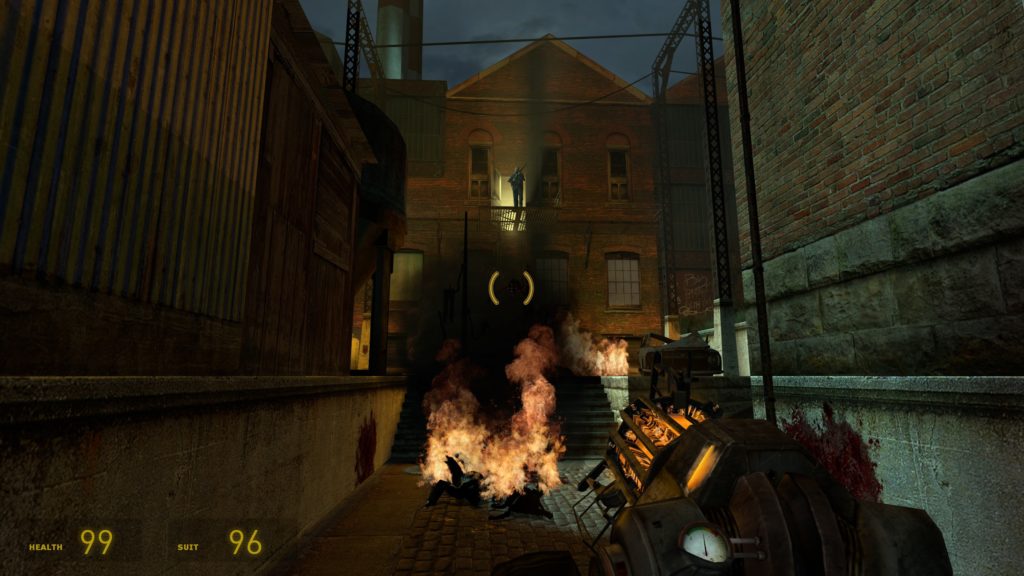 The artificial intelligence in the game does its job pretty well and keeps the fighting fun and interesting. Unfortunately, the AI of your occasional teammates is not as good. They have a hard time hitting their targets and like to get in the way when fighting inside.

The game also includes vehicles, a buggy and an airboat, which are used during some long and extremely thrilling sequences. The vehicles are extremely fast and offer good control. Both eventually get weapons attached to them, allowing you to dispatch foes while driving around. The vehicle sequences do a great job of adding variety to the game.

The game itself is beautiful to look at. The source engine does a great job powering the game. The world looks believable and complex while characters and weapons look great. The only negative thing one could say about the graphics is that the lack of real time dynamic lighting. Realistic lighting would have gone a long way in improving the visuals. 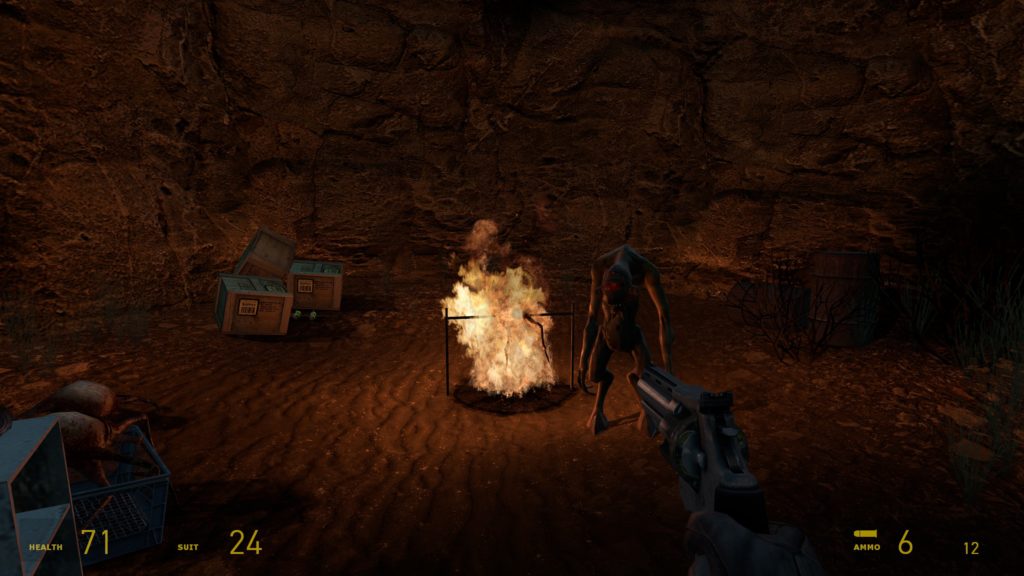 The audio in the game is nearly perfect. The voice acting is convincing and the sound effects sound realistic. The ambient audio in the levels also sound great and convincing. The game’s music is the only thing that could be improved. While its short techno riffs do kick in at appropriate times, the music often lasts too long. Also, the music isn’t anything spectacular, but by no means bad.

The storyline in the game is probably its biggest disappointment. While Half-Life has an interesting storyline, a lot of it is easily missed when playing the game. While the basic storyline is easy to follow, there are a lot of small details that can be easily overlooked. Luckily there are excellent sites, like the Half-Life timeline, that can help you fill in the gaps in the story. Also, if you are one of those people that like questions answered, you may be disappointed by the ending of the game. The game ends in such a way that you will end up with more questions then you have answers.