10. First-Party Exclusive Games
Say what you will about Kameo: Elements of Power, but you can neither deny its beauty or its next-generation gameplay. The platformer-adventure game has honest to goodness platformer feel — just like a brand new Nintendo game. Guess some of that time working with Nintendo rubbed off after all. Then there’s the sleek, powerful racer Project Gotham Racing 3, a stellar looking game with a huge set of features, svelte-looking licensed cars, and some of the best potential online games available. What can top that? Perfect Dark Zero, Rare’s first-person shooter, may very well lead the online charge with as many as 32-players online in a sequel to top all sequels. All of these titles are gorgeous, they’re all unique, and they’re all exclusive. Remember Sony’s 2000 launch on PS2? It had zero first-party presence then. What will it bring when the piper comes calling next year? It sure won’t be NFL GameDay. 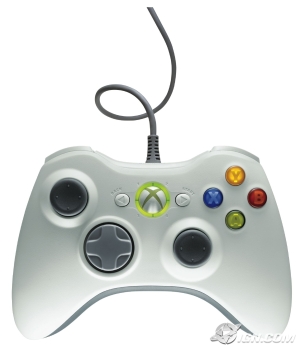 9. Wireless Controllers
Nintendo started the revolution, and Microsoft has just grabbed the torch and lit up the wireless heavens. Microsoft is launching its system with built-in wireless capabilities with both controllers and Internet connectivity. If you get the Premium Pack, your controller will be wireless and ready to go right out of the box. The freedom of motion is excellent, the range is superb — more than 30 feet — and the ergonomic construction is well thought out. Skip wires, tangles and…boomerangs! It’s all about the Xbox 360 wireless controllers. 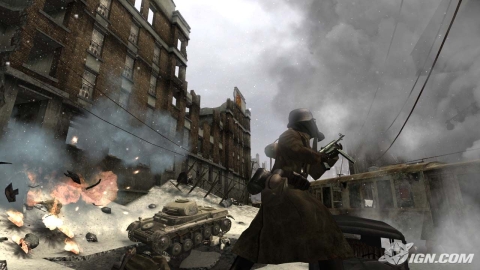 8. The Xbox 360 Launch Lineup
Yes, it’s been said the launch lineup isn’t the greatest in the world, and any dumb-ass can repeat what he’s heard on a message board without really knowing what he’s saying. The facts are these: Never in the history of consoles has there been a better all-around lineup. No, there aren’t any knock-out single games that will bowl you over, but several are right there on the cusp. The 19 titles appearing before the end of this year on Xbox 360 represent a healthy, well-rounded set of games led by Microsoft’s very own trio of spanking hot titles. With exclusive titles like Condemned: Criminal Origins, Dead Or Alive 4, Amped 3, and a handful of sequels such as Call of Duty 2, Need For Speed Most Wanted, and Madden NFL 06 available, the roster has variety, exclusives, and refined, well-established sequels to lead the way. My five must-have titles are Call of Duty 2, Project Gotham Racing 3, Kameo, King Kong, and Condemned.

7. Backward Compatibility
In a surprise that caught everyone off-guard, Microsoft announced last week more than 200 Xbox games would be backward compatible with Xbox 360. The list was indeed strange, including losers such as SeaWorld: Shamu’s Deep Sea Adventures, Toxic Grind, and Circus Maximus, but it offered dozens more to make the feature worth your while. We’re still scratching our heads over some of these best sellers (Drake, Dinotopia, Goblin Commander, and Kids Next Door: Operation VIDEOGAME? Come one!), games such as Baldur’s Gate Dark Alliance II, Crimson Skies: High Road to Revenge, Deathrow, and Half-Life 2 are on the list. Expect more to come each week to appear on your backward compatible list.

6. Xbox Live Arcade
The most over-looked feature of the system, the arcade marketplace will be the second most visited location on your Xbox 360, after the launch screen. Free games, cheap games, addictive, non-stop $10 exclusive arcade games…the list goes on. It’s only a matter of time before the Japanese biggies bring their arcade classics — Streets of Rage, Double Dragon, etc. This is a fresh slate upon which a new arcade revolution is about to be launched. Watch this space closely and you’ll see a system grow in leaps and bounds.

5. Impressive Graphic Power at Good Prices
Microsoft continues to give consumers choices. The two-tiered launch price scheme is a perfect example of this flexibility — $299 or $399 for a system. With the PS3, Sony has essentially stated it will be expensive, so keep this in mind when the PS3 hits shores in…November. With the Xbox 360’s three 3.2 GHz processors running alongside a 500 MHz ATI graphics processor, this console is loaded with power. Some of the current-gen titles like PDZ, PDR3, Call of Duty 2 and Condemned wrangle with the power, and they all look gorgeous having not even scratched the system’s surface.

4. Multimedia Hub
Along with playable games, rippable CDs and playback movies ready at launch, the Xbox 360 enables players to customize their MPEG music sticks with perfectly designed playlists in addition to connecting to Microsoft’s Media Center for a more complete media sensation. Stream music from your iPod and synch it with images from your last holiday vacation. Play music to the Jeff Mintner visual synchronizer and customize the desktop with themes and gamer tiles and have fun doing it. Expect Sony to copy much of Microsoft’s innovations. 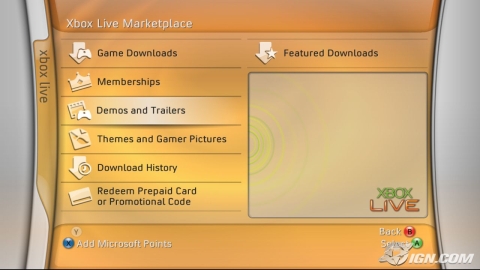 3. Xbox Live Marketplace
While it doesn’t fit into most folks’ traditional notion of a console, the Xbox 360 offers a dynamic online commerce center. When you’re not downloading free stuff like demos, trailers and extra bonus packs from game developers, you’ll be spending cash on low-cost items such as bonus levels, expanded levels, episodic content, specialized gamer tiles and GamerCard tag images. Some of it is free, some costs cash, all are dependent on the developers and publishers. Expect this to grow and flourish as the committed users and companies quickly build it into a dedicated gaming center.

2. GamerCards
Microsoft’s GamerCard seems like a simple enough idea. So your name and an image appear as you log onto your account, right? Yes, but there’s more. It quickly becomes more for even a semi-committed Xbox Live user. It’s your passport, representing your image, your scores, your games of choice, your motto, bio and more. The GamerCard becomes you ID card into the community of Xbox Live and it’s how you’ll learn and understand the people you play with and against and those you befriend. It’s not only fun to create, it’s fun to explore other people’s GamerCards, which offer their game favorites, game achievements, and their most recent progress on their most recently played games. 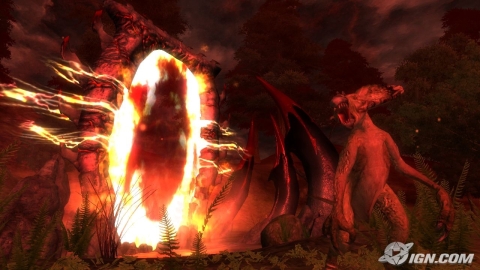 1. The Next Generation Now
The Xbox 360, in my opinion, is a must-have system right now because it’s the most powerful, sophisticated, and dedicated game system on the planet. It’s built for gamers, tailored to their needs, and it’s rich with tools to let them go a little nuts on customizing and choose their community. There is easily a rich top-five list (like mine), and getting online and screwing around with arcade games and online games is just the beginning.

The best thing about the Xbox 360’s early launch is that it’s a good investment now that will pay off later with greater profits. If you buy it now, you’ll earn a reputation online and build your achievements list out, gaining traction ahead of your slow-ass PS3 friends. You’ll be able to take part of the next generation as it emerges. Right now, there are 19 games ready to play, but that’s only for this year. Come next spring, a gaggle of new games will hit your local retail store with a satisfying thud. Fight Night 360, Burnout, Full Auto, Top Spin 2, Elder Scrolls IV: Oblivion, Battlefield 2: Modern Combat, Ghost Recon Advanced Warfighter, and more are in the pipeline just getting ready for their glimmering launch days on Xbox 360. All of these will be out before PS3 launches in…spring in Japan and fall in North America? Hmm… That’s one year from now. Have we mentioned the Japanese games Lost Odyssey, Blue Dragon, Ninety-Nine Nights, and the others? Then in late 2006 and in 2007, Mass Effect, Gears of War, Too Human, Fight Night 360, Crackdown, and Halo 3 are lining up.